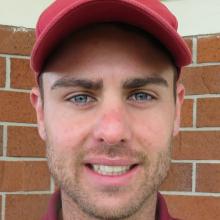 Travis Muller
Otago is expected to name its first round of domestic contracts tomorrow and there should be few surprises.

Otago is not expected to deviate too much from the 16 players it selected last season.

Craig is taking an indefinite break from the game, having struggled with back problems for more than three years.

His replacement will almost certainly be a seamer. The Volts went into last summer with a bare-bones roster of pace bowlers and will want to add another one or two to the stocks.

Muller is arguably the leading candidate.

He is an honest right-armer who has performed well for Otago A and admirably for the Volts when called upon. 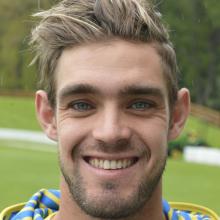 Michael Rippon
The 27-year-old comes with baggage, though. The South African-born player is considered a qualifying player and Otago already has two of them — Michael Rippon and Dean Foxcroft.

The Volts ran into trouble last season when they named all three for a twenty20 match against Canterbury at Molyneux Park.

You can only play two qualifying players, so Foxcroft had to stand down that day.

But he and Rippon are both regular starters, so signing a third qualifying player might have limited value.

However, the Volts could take a punt on Rippon making a step up this summer.

The left-arm wrist spinner’s stocks have risen in the past two seasons. He has shown fighting qualities with the bat and has cemented himself as the No1 spinner in the region.

The eligibility criteria is hellishly complicated. But essentially Rippon will remain a restricted player until he is selected for a national team such as New 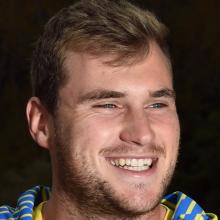 Dean Foxcroft
Zealand A or the Black Caps.

"After the last two seasons that Michael has had I’d certainly like to think that his name is being spoken of at least in the New Zealand A sphere," Volts coach Rob Walter said late last month.

"He was in our top two or three performers last season across all formats and played big roles in big games.

"You have to think he’d be there as a wrist-spinning batting option. "There is literally no-one else in the country that does that other than Todd Astle.

"If he gets a crack then obviously that opens up Travis Muller as an option. To be fair to Travis he has done everything that he could possibly do to get himself an opportunity."

Foxcroft is not as far through the qualification process as Rippon but he has potential to play for a New Zealand representative side in the future as well which could free up a further qualifying spot eventually.

If it is not Muller who picks up the vacant contract, then left-armers Tommy Clout and Blair Soper could be in line for a contract.

The possibility of someone from outside the region joining the squad appears slim. In a brief conversation with Walter last week, he confirmed the Volts had not signed anyone new.