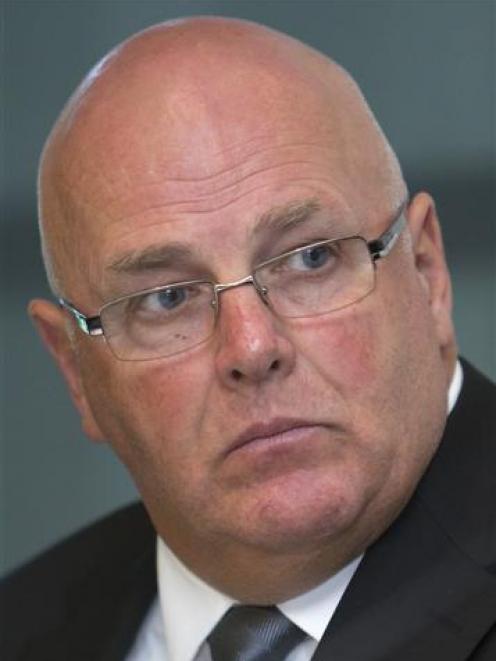 Michael Glading
Christchurch is among the venues being earmarked to stage matches during the under-20 World Cup in 2015.

World body Fifa announced in Zurich yesterday its second-biggest tournament was heading to this country.

The document was presented to Fifa last month, just days before the Christchurch earthquake.

"Christchurch is very much part of the plans for this event going forward to 2015," he said.

Glading also said the number of cities staging matches could rise to eight, with Tauranga, Whangarei, New Plymouth, Rotorua and Invercargill in the mix as possible additions.

He said Fifa officials would conduct an inspection visit in the middle of the year and he expected the venues to be confirmed by the end of the year.

With 24 nations and 52 matches, the two-yearly tournament ranks only behind the senior men's World Cup in size.

It rivals the women's World Cup as the second-most-important in the Fifa programme.

The qualifying process for this year's event in Colombia in July attracted 179 countries and many of the players who will be on show are likely to feature at the next senior World Cup.

New Zealand has hosted two other age-group World Cups - the under-17 men's event in 1999 and the women's equivalent in 2008.

"The economic impact and value to New Zealand is immense, and that's what's exciting, especially in these difficult times."

Van Hattum believed the professionalism of New Zealand's bid and the country's proven ability to host international events were factors when Fifa was faced with bids from Wales, Peru and Tunisia.

In particular, the success of the under-17 women's World Cup was fresh in the memory.

"They've seen New Zealand in action in recent years and they like what they see," he said.

"We're an easy country to deal with. We are seen as safe and a great tourism destination."

Meanwhile, van Hattum admits the tweaking of Oceania's qualifying path for the next World Cup has come as a surprise, but said it would add an extra element of excitement to the road to Brazil 2014.

Fifa yesterday confirmed the allocation of places for the 32-nation tournament would be same as for South Africa last year. However, the intercontinental play-off system to determine two of the teams would be altered.

For South Africa, the pairings for the two-legged ties were determined beforehand. Oceania played off against the fifth-ranked Asian nation - with New Zealand winning through against Bahrain - while Concacaf (North and Central America, and the Caribbean) were paired off with South America.

This time around, the Oceania champion, the fifth-placed teams from Asia and South America (excluding host Brazil), and the fourth-ranked Concacaf side will go into a draw in July to determine who will meet whom.

That means Oceania's representative, most likely to be New Zealand again, could meet South American opposition.

"It was a bit of a surprise, because we had been led to believe that the status quo would remain, that we would stay with Asia," van Hattum said.