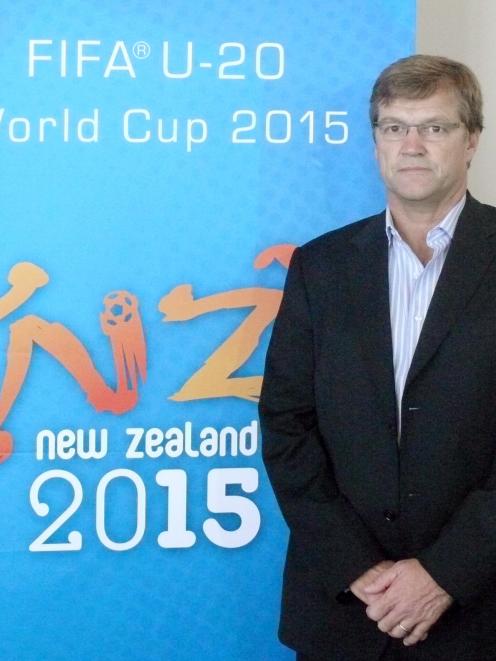 With the finals featuring 24 nations and 52 matches, the tournament is Fifa's second-largest tournament behind the senior men's event.

The tournament is broadcast in over 200 countries and has a cumulative audience of around 500 million viewers.

The 2009 final in Egypt between Brazil and Ghana alone drew a global audience of over 25 million people.

The qualifying process for this year's edition in Colombia attracted 179 nations.

"For FIFA to award us the honour and responsibility of hosting is a great vote of confidence given its scale, significance and world-wide interest."

The tournament has been the launching pad for many of football's past and present stars including Diego Maradona and Lionel Messi.

"It's highly likely that the world's biggest football nations will qualify and we'll have the likes of Brazil, Spain, England, Germany and Argentina on our doorstep and among that talent will be the next global superstar.

"I've got no doubt that kiwi sporting fans will get excited about watching the global game in our backyard, and it will inspire, or even produce, the next generation of All Whites."

The tournament will be spread across at least six venues although a final decision about which cities are included is yet to be made.

"We've got four years to prepare and the hard work starts now. There are some important decisions to be made, not least around host cities but Auckland, Wellington and Christchurch are top of the list.

"Leaving a legacy for football in New Zealand is something NZF and Fifa are both committed to, and the event will maintain and enhance our nation's reputation and capability to host major events of all shapes and sizes."

Van Hattum also acknowledged the support of Sparc, New Zealand Major Events, the Government and local councils in putting together the bid, and the overall assistance from both Fifa and the Oceania Football Confederation.

New Zealand's success in hosting the 1999 under-17 World Cup and the under-17 Women's World Cup in 2008 was also seen as a strong selling point.

"This will be an amazing opportunity for  Kiwi fans, and youngsters in particular to see, and be inspired by, the up and coming stars of world football here on home soil."

"Hosting rights for a Fifa tournament are hotly contested - both for the feast of exhilarating football on offer and also for the real economic and tourism benefits they bring to the host country.

"This announcement comes at a difficult time for New Zealand and is an example of how we must look for every opportunity to rebuild our economy.

"The infrastructure and capability that we have in place to host the 2011 Rugby World Cup will hold us in good stead in 2015 to host this event."