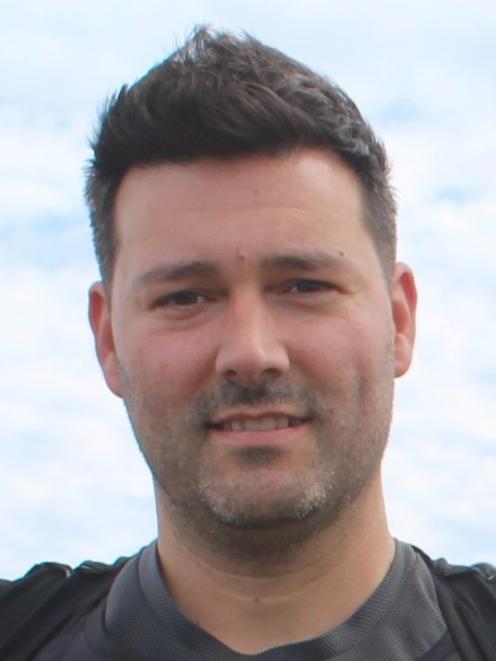 Ignacio Sande. PHOTO: ODT FILES
It does not get any easier tomorrow for Southern United.

The side has had a rough start to its national women’s premiership campaign.

Three games have yielded three losses and just one goal.

Now it has to travel to face a table-topping Auckland side.

That will be no easy task after a bye week, although Auckland comes off a 4-1 loss to the Northern Lights after winning its opening three games.

Perhaps that will give Southern some hope.

It lost 3-0 to the same opponent in its last outing two weeks ago, two of Northern’s goals coming late.

He said Southern had been training well and was making progress, despite the poor results.

However, it remained hopeful of turning around its season in its final three games.

Scoring goals has been an issue — Sammy Murrell’s consolation effort against Canterbury United is its only appearance on the scoresheet this year.

That was something Sande hoped to rectify.

"We are missing the chances we are creating. We are not creating a lot, but we’re definitely creating enough chance to score," he said.

"Then on the other side we’re making a few mistakes on defence.

"But I guess for us we’re struggling the last 20 minutes of each game."

He said it was encouraging to see the team competing for the majority of the game, it was just a case of closing out the performance.

The draw has not been kind to Southern either.

It has come up against the traditional top three — Canterbury, Northern and Auckland — in its first four games, as well as facing Capital in Wellington.

In recent years it has been a clear step above WaiBOP and Central and they are the final two teams on this year’s schedule.

They are games the side will be targeting to win, although Sande felt WaiBOP had improved a lot this season and Central had been competitive in its losses too.