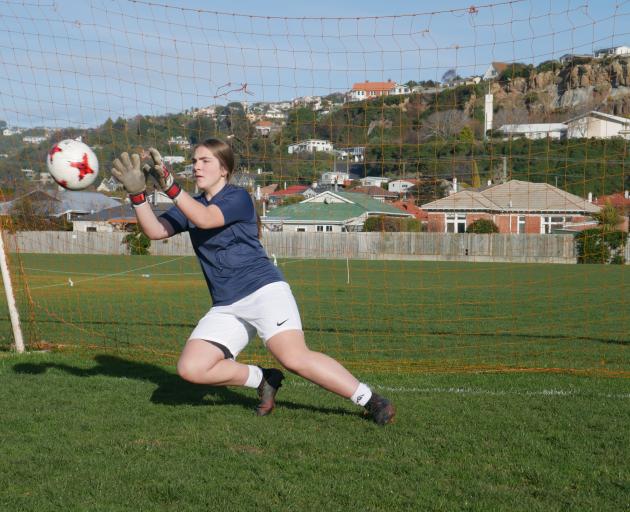 The 15-year-old was one of several Dunedin players to be selected in a United Kingdom development football tour.

She was named after taking part in the West Ham Oceania Academy national camp in Australia in September.

Lauren said she enjoyed being able to do three days of goalkeeper training at the camp.

Facing Australian players and males who were "taller and bigger'' was a challenge.

"But it was still fun because it helps you get better because you're playing against people who are kicking it harder.

"I don't think I've done goalkeeper training that was as intense as it, so it was good to do something like that.''

She has played goalie for about seven years.

The hardest part about the position was knowing when to make the right call such as going out to an attacking player or staying near the goal, she said.

"You have got to make sure they don't get around you, so you don't know whether to stay standing or to go out straight away.''

Lauren first heard about the UK development tour when she started training in the Dunedin Football Academy (DFA), so set a goal to make it in the team.

"It was really cool'' to achieve that goal, she said.

The Otago Girls' High School pupil was looking forward to experiencing what football was like in the UK, and playing against academy teams.

Until then, she will keep up a busy schedule of practices and games with the DFA, the Mosgiel premier women's team and her school team.

Training was not hard work, though - she liked it.