By Hayden Meikle
0 Comments
Josh Geary has really shaken off the rust.

The classy Tauranga professional again showed his fondness for the Queenstown Lakes district when he charged to victory in the Millbrook Classic yesterday.

Geary fired a scorching second-round score of 8-under-par 63 — a course record — to finish at 10-under for the tournament, two shots clear of young Masterton professional Kerry Mountcastle.

New Zealand No 1 Ryan Fox and local hope Ben Campbell tied for third at 6-under, and Luke Toomey was fifth at 5-under.

Geary has only just returned to competitive golf following a long break while he mourned the death of his mother in a car accident.

He won the New Zealand strokeplay at Christchurch two weeks ago, but the Millbrook Classic — a one-off tournament devised to fill the hole left by the cancelled New Zealand Open — is on another level.

"It’s sort of funny because it takes a while for this sort of thing to sink in," he told the Otago Daily Times last night.

"You just try to put it out of your mind and do your job. Then when it happens, it takes a while to process. 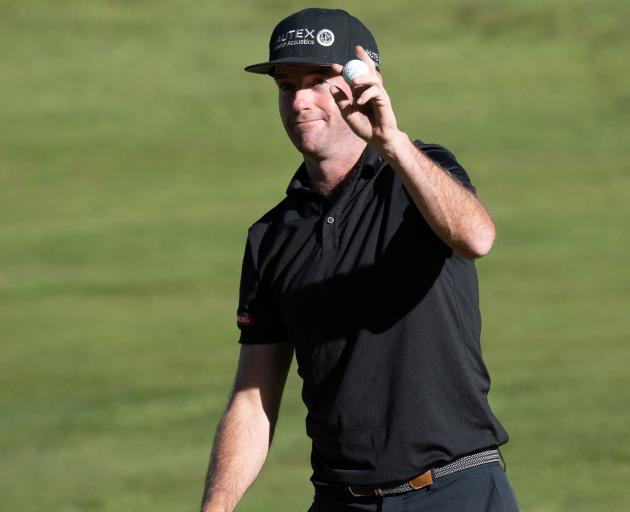 Geary is in his 15th season as a professional and is now very attuned to how his game will respond after a lengthy break.

If he was in physical shape, golf still came naturally, he said.

"I’ve had a few breakthroughs recently with my body more than with golf.

"Even with the lack of playing, my game has stayed pretty tight, so that’s been huge."

Geary had opened the $150,000 Millbrook Classic with a 2-under-par 69 to be three shots off the lead after the first round on the new Coronet course.

Yesterday, he played flawless golf to join Mountcastle — who fired an eagle on the fourth — in the lead at 7-under with six holes to play.

While Mountcastle slipped back with a double bogey on 14, Geary completed a round with eight birdies and no bogeys.

"I got off to a good start and just kept making good swings.

"I only hit a couple of loose ones and managed to save par both times, so it was a pretty tidy round."

There was a nice symmetry to the battle at the top.

A year ago, Mountcastle — an amateur at the time — beat Geary in a playoff at the Super Sixes event on the Charles Tour.

"I think it was the inspiration for him to turn pro because he saw the cheque I got for coming second and he thought, ‘I can beat this guy’.

"He’s a very solid player and he will do well."

All eyes were on Fox for a while as the New Zealand star was just a shot off the pace with seven holes to play but he could find just one more birdie to go with a bogey.

"I thought Foxy would probably come out and shoot a low one," Geary said.

"He was obviously one to look out for, and I was always wary of a fast finish from somebody like him, but I kept it going when I got in front."

Geary’s main focus now is becoming a father for the first time in the coming weeks.

He might have to miss the Muriwai Open (April 21-24), but will hopefully head to Europe in mid-May.

The surprise overnight leader after the first round at Millbrook was Momoka Kobori (Pegasus), the only woman in the 28-strong elite field, whose 5-under-par 66 included five birdies and a wonderful eagle on the 18th hole.

Kobori could not match that scoring yesterday, but 1-under for the tournament was good enough for seventh place.

Top Kiwi amateur Sam Jones tied for 10th at even par, and Queenstown golfer James Anstiss tied for 16th at 2-over.

Fox had the consellation of winning the pro-am title with amateur partner Murray Gutry. They finished two shots clear of Campbell and Norm Thompson, with Geary and Tony Gorton a shot further back.