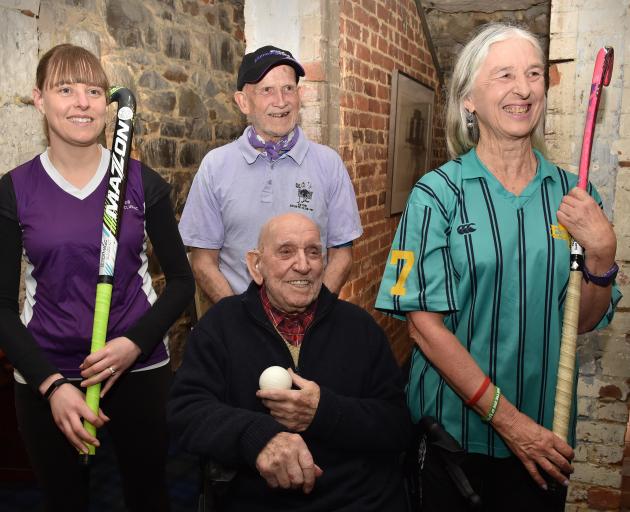 KETOB members getting ready to celebrate the 100th anniversary are (from left) Tanya Major (wearing the current shirt), Des McIntosh, former player Ian Bartlett and Shirley Gillett (wearing the evergreens shirt). PHOTO: GREGOR RICHARDSON
The memories will be flowing this weekend as the KETOB hockey club celebrates its centenary.

More than 70 former players, coaches and administrators from all over New Zealand are attending the celebrations.

The KETOB (King Edward Technical Old Boys) club began life as TCOB (Technical College Old Boys) hockey club in 1919, with the college colours of purple and black and a subscription of two shillings.

From a small beginning, with one team playing in third grade, it became the strongest club in Dunedin in 1927 when it was at the forefront of the sport in Otago, both in playing strength - fielding five teams - and in administration.

The sides, which played on grass at the Oval, were dedicated and and worked hard on their skills.

The club continued to thrive until 1950 but then went through a troubled period and withdrew its final team from competition in 1956.

In 1968, revival as KETOB was led by William Cockerill.

In 1991, it amalgamated with Country women's hockey club and entered both men's and women's teams in the association competitions. Country women members included Tina Bell and Robin Toomey, both of who played for New Zealand.

A women's masters team selected by Jenny McDonald and named the Evergreens took the KETOB-Country spot in the premier women's competition for the 1992 season.

In 2000, after struggling to keep sufficient player numbers for some time, the men's team was withdrawn and the club was represented only by the Evergreens, who were still competitive in the premier competition.

The Evergreens eventually split into two teams and the younger team, coached by Shirley Gillett, continued to play.

Gillett also was one of the architects of the KETOB men's team which resurfaced for a third time and won through the grades to end up in the premier men's competition in 2014.

The club now has three women's teams and a men's team, which is in division two.

The festivities begin with a function tonight. That will be followed tomorrow by a game between men's and women's teams, a boys and girls match and a mini tournament.

A formal dinner will be held tomorrow night at the Otago Polytechnic.

Ian Bartlett (92) is believed to be the oldest player attending the celebrations. 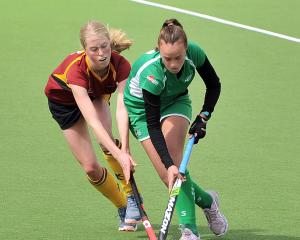