Goalie loves chance to be hero every game 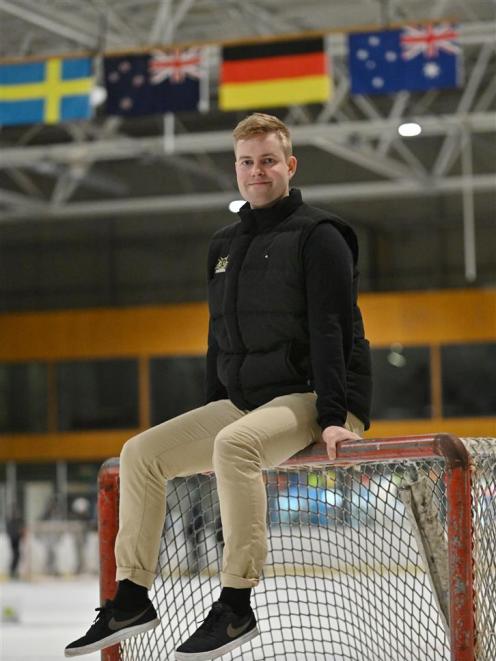 The opportunity to be a hero is a huge thrill for the Dunedin Thunder's new goaltender.

Being that hero is something he has done twice since arriving from Finland a month ago.

In the team's opening two national league games he held out the West Auckland Admirals to claim shootout wins in both.

The Thunder was beaten twice by a strong Stampede team in Queenstown last week.

However, it is hungry for a victory against the Canterbury Red Devils in Dunedin this week.

If either Friday or Saturday's games go to a shootout, Tikkanen will be ready to go.

''I think, as a goalie, you have to really like those situations,'' Tikkanen (26) said.

''I really do enjoy the chance to be a hero in every game.

''When your game is on and you're playing good you can be the hero every night - which is amazing.''

Tikkanen arrived in Dunedin at the end of April and has been enjoying his time here.

He is living with a host family and working on the construction at Wains Hotel, doing small jobs.

It is something he has done as a summer job at home in Finland, although he is a student for most of the year.

He lives in Jyvaskyla, where he studies physical education, health education and psychology.

There he plays for Riemu, a team in the third-tier Finnish league.

The league is a quality one, boasting some professional teams and some amateur.

He had been there for four years, having previously played for Jokerit as a junior.

The most popular sport in Finland, ice hockey had a huge following and was like rugby in New Zealand, he said.

A cold climate aided that and, growing up in Tuusula, Tikkanen's father would freeze a small rink in the backyard for them to play on.

Originally a skater, he moved in front of goal when the only goaltender on his junior team left town.

His dream had been to play in the NHL, although now wants to use the sport to see the world.

At Riemu he played with former Thunder player Jussi Vahamaa, who helped put him in contact with the side.

That laid the foundation and paved the way for him to make the journey south.

While he was loving his time, he was not forgetting the main reason for his visit.

''Obviously, the main reason I'm here is to help the team win.

''So that's what I'm here for, win as many games as possible and hopefully make the finals again.

The Thunder plays the Canterbury Red Devils at 7pm on Friday.

Tikkanen is expecting a tough challenge from a hungry Canterbury side, which has won just one of its six games.