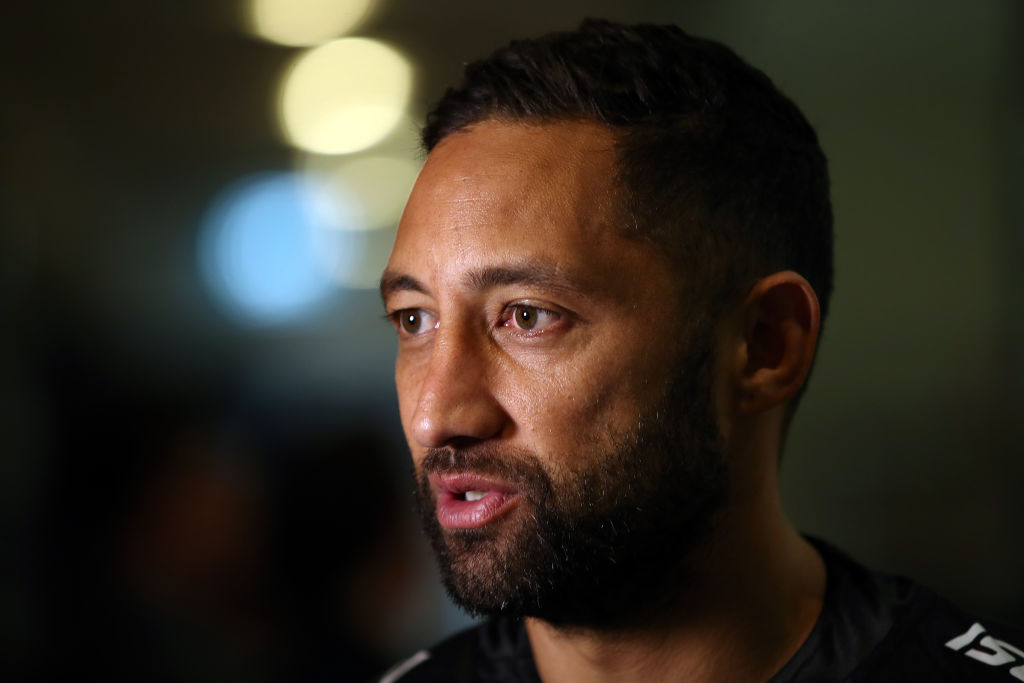 Benji Marshall. Photo: Getty
It has been seven years since Benji Marshall last captained the Kiwis, but on Friday night he will make history when he leads the New Zealand rugby league side once again.

Marshall takes over the captaincy from the injured Dallin Watene-Zelezniak, who will miss the upcoming test campaign against Australia and Great Britain following knee surgery.

The halfback will captain the Kiwis in a record 20th test as skipper in Friday night's Oceania Cup match against the Kangaroos at WIN Stadium in Wollongong.

Marshall and the Kiwis will then return to New Zealand for matches against the Great Britain Lions in Auckland on November 2 and Christchurch on November 9.

The 34-year-old Whakatane-born standoff led the Kiwis for the first time when he stood in for an injured Nathan Cayless against England in Newcastle during the triumphant 2008 Rugby League World Cup campaign.

When Cayless retired from international rugby league in early 2009, Marshall was given the captaincy of the New Zealand side.

However, Marshall had a seven-year hiatus from the Kiwis, during which he was not selected for the side, and only returned to the fold in June this year.

"It's a really proud moment but I've got a big job to do as well. I'm really looking forward to it," Marshall said.

On Friday, Marshall will play his 29th test since his debut in 2005 will take him ahead of Gary Freeman for the most tests as Kiwi captain.

They were level on 19 after Marshall was captain in the 10-18 loss to the Kangaroos in Townsville in October, 2012.

Marshall did not play for the Kiwis in the World Cup 9s tournament that was won by the Kangaroos on Saturday.