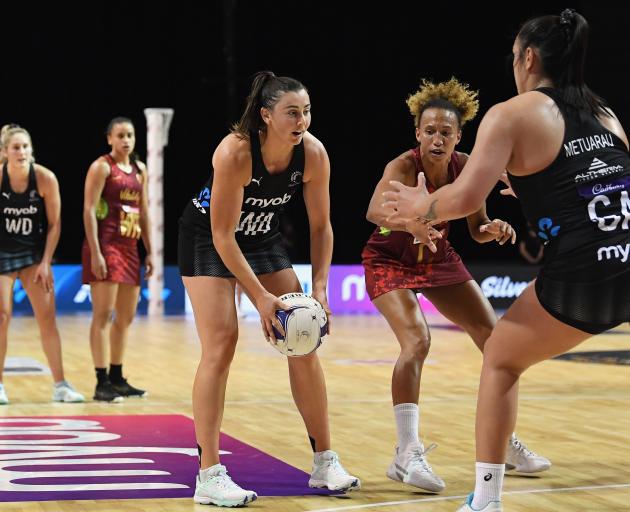 The former Southern Steel wing attack leads a relatively young Ferns team. Nowhere is this team more green than in its shooting circle. That will make Crampton’s job on the circle edge all the more important. Making life as easy as possible for that group, both in the way she feeds and helping calm the tension, will be huge.

How will the shooters go?

They are young, but there is undoubtedly plenty of talent among this shooting group. Grace Nweke has morphed into a beast at ANZ Premiership level with her combination of size and explosiveness. But she is still just 19 and made her test debut only last year. Maia Wilson is classy at her best, although ran into netball’s version of the yips last year. Tiana Metuarau and Filda Vui both shone domestically last year, although the step up to the international level is a big one. How well this group manages that step will go a long way to dictating how the Silver Ferns go.

Who will step up?

There is plenty of opportunity for the younger players in this team. The majority of the established group from the 2019 World Cup campaign have either retired or are unavailable — as in the case of Jane Watson and Ameliaranne Ekenasio. While the Silver Ferns have fitted in some tests since then, they have been sparse due to Covid-19. That has left plenty of bibs up for grabs heading into the major events over the next two years.

Will they travel well?

The Silver Ferns have not played outside New Zealand since those wonderful pre-Covid days. On their last overseas outing, in January 2020, the Silver Ferns won all four matches — although Australia was absent. The team’s form has fluctuated at home since then. A superb Constellation Cup win over Australia was memorable, although the team struggled against England last year. How it will go on the road for the first time in two years remains to be seen.

There has been little chance for genuine preparation heading into netball’s two biggest tournaments, so this will be key. The Commonwealth Games are in Birmingham in July and, after the debacle on the Gold Coast, the Silver Ferns will certainly want to give a good account of themselves there. The next week will act as a good test and trial, both on court and off court, ahead of the bigger things to come.