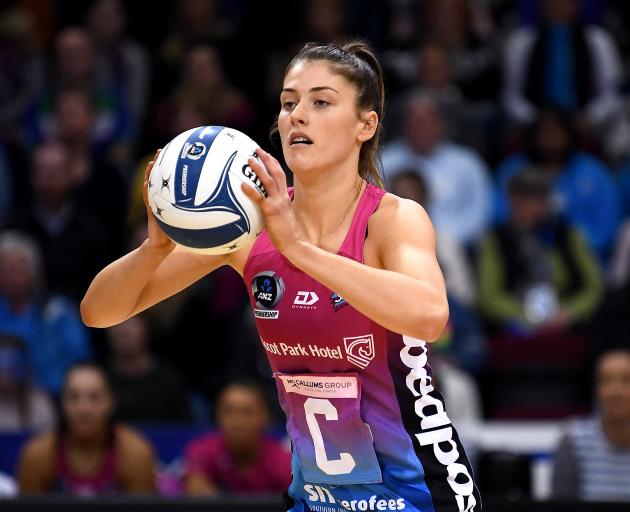 She has had a taste of where she wants to be.

Her focus has not wavered, but she knows now she cannot rush the next step.

All the things that will help elevate her further will require time: play more netball, keep learning, gain more exposure.

It is a remarkably level-headed approach from one of New Zealand’s most promising netball players.

When talk of the Silver Ferns began circling the 22-year-old earlier this year, it would have been easy to get carried away.

She had made the switch back to centre, her schoolgirl position, for the Southern Steel.

It could hardly have gone better, either.

Heffernan, who has taken a step up in each of her four years with the Steel, took her game to a new level again.

So much so, she was called into the Silver Ferns squad for this year’s home series.

Yet with that ultimate goal of playing international netball within touching distance, she is not getting ahead of herself.

"There’s a lot, it’s a massive step up," Heffernan said.

"More consistency and, honestly, the girls in the Ferns environment they’re so professional. They’re so driven and focused, that they’re able to perform under any situation, and in any team, for the full 60 minutes.

"That’s something I’m still learning. Another ANZ [Premiership] season for me, I think will be great. Being able to work hard to play a consistent 60 minutes, in whatever position I’m in, comes with experience.

"That’s probably the hardest thing for me. I just have to keep playing netball to get that experience."

It had been a "special year" for Heffernan, both in terms of her Silver Ferns opportunities and the Steel’s remarkable run to the playoffs.

The opportunity to play centre had helped catapult her to a new level.

Having the versatility to play both there and wing defence, as she has done the past three seasons for the Steel, will be key in making that national team.

Being surrounded by some of the world’s best in both positions this year helped her learn immeasurably.

It all led to her making her Silver Ferns debut, in a non-international against the Aotearoa Men.

That had been "really special", although there was a drive to gain her first test cap.

Heffernan made it on to the bench for the second test against England, although did not get on the court, as the game slipped away from the Silver Ferns.

It was disappointing to sit out after getting that close, although it had only ignited her motivation further.

"It was all just exposure that I needed. We talk about experience and that’s what that was.

"Obviously, it was disappointing and to get that first cap for the Ferns is obviously a goal and something I really want. It kind of just made me want it more.

"I still really enjoyed the series, even just learning and watching the girls."

It all makes that decision — to choose netball over cricket — seem like a good one.

Heffernan was also a talented cricketer growing up.

A tall left-arm bowler, she played 30 matches for the Otago Sparks and was promoted to the White Ferns for two twenty20 internationals in 2018.

Her last provincial game, for now at least, was in January 2019.

She did turn out for a St Hilda’s Old Girls team a few weeks ago.

That team played against the school’s first XI in a game to honour St Hilda’s long-time coach Neil Rosenberg, who is retiring.

She took a couple of wickets, although admitted both she and twin sister Georgia, who also plays for the Steel, felt very rusty.

In some alternate reality that is what she would have been doing the past month, rather than pre-season Steel conditioning.

"I do think about it sometimes. I do miss cricket. I miss the days in the sun and the girls I played with and I do miss bowling, I do love bowling.

"I played the other weekend and I was like, this is so much fun.

"But not for a second do I regret my decision. I’m still loving netball and really am enjoying it, so much. I’m really happy with my decision.

"The opportunities I’m getting, it’s still getting better and better for me.

"It’s pretty cool to think cricket’s still there. That if, one day, I want to have a go at it, I could have another crack at it. But I still look back and it was a hard decision. Whenever I catch up with the girls and see coaches I miss them."

She planned to spend the holidays with family, having wrapped up the first stint of the Steel’s pre-season work.

The team regathers on January 10 as it looks ahead to a March 13 season opener.