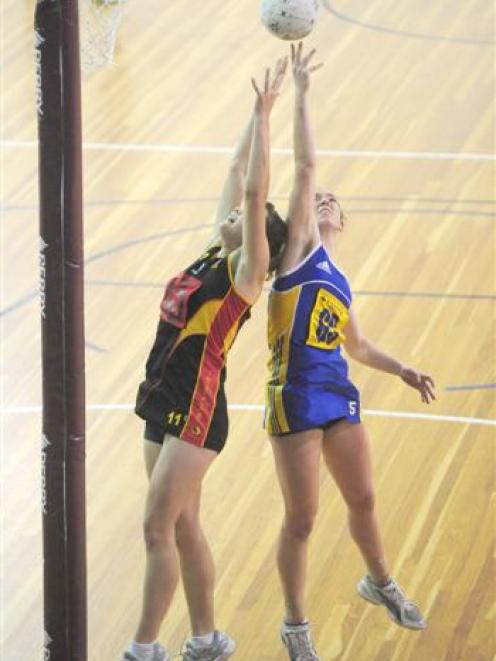 New Zealand under-21 defender Hannah Broederlow enhanced her reputation with a solid performance at the back for Otago and claimed the player-of-the-match award.

The athletic goal keep used her vision to pick off some telling intercepts and did a good job defending against Canterbury Tactix shooter Hayley Stockman.

The promising shooter landed 43 of her 51 attempts.

Campbell was dominant for Otago in the inaugural Lois Muir Challenge earlier this year and has fixed her sights on securing an ANZ Championship contract.

She described it as a nervy performance and thought her side was too casual at times.

"I went mad at half-time because we weren't doing the work to get the ball.

"We were just expecting it to float into our hands.

"So they had a bit of a bollocking and they certainly responded really well."

The lanky 20-year-old did a reasonable job in the foreign position but had a mixed match overall.

She was guilty of firing too many stray passes but also provided some nice touches.

"We just want to work on her court play and her ability to move the ball around," Salter said, explaining the move.

"We've got three really good shooters, so it just gives me the option of using her in the midcourt."

For Waikato, defenders Rachel Beale and Jodi Beaumont had fine games, and Stockman was reliable in the shooting circle, scoring 33 from 41.

The visiting side grabbed the early initiative, scoring the opening three goals.

Tuki got blown for several penalties as she was struggling to adjust to her new role.

However, her height in the midcourt was posing a few problems for Waikato's diminutive centre, Keshia Grant.

With Broederlow securing some good ball in defence Otago surged back and took a 17-15 lead into the break.

Salter made some changes, with Camilla Lees coming on at wing attack, Tuki shifting to her regular position at goal attack and co-captain Debbie White dropping back from wing attack to centre.

It looked a better line-up but some clumsy play and careless passing handed the momentum to Waikato.

After some home truths from Salter, Otago came out with more focus in the second half.

While there were still some flat periods, Otago was generally more consistent and built a five-goal lead with 15min left.

Waikato drew level after a stray pass and a held ball, but the home side had more reserves and finished the stronger to win by seven goals. 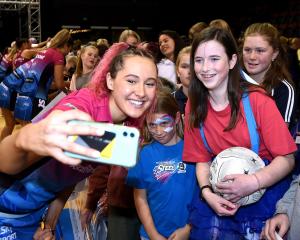 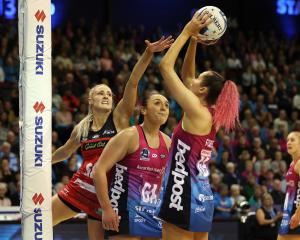