Taurua off on foreign adventure 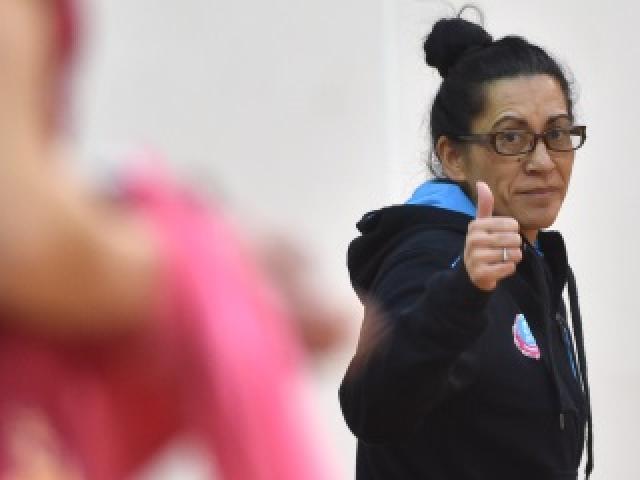 Noeline Tauru. Photo by Peter McIntosh.
The Southern Steel is again on the hunt for a new coach, with Noeline Taurua yesterday announcing she will leave the franchise after just one year in the role.

The former Magic coach joined the Steel last year as a late replacement for Janine Southby, who was appointed to the Silver Ferns coaching role in November and had to stand down.

The Steel confirmed yesterday Taurua will head to Queensland next season to coach a Sunshine Coast-based side in the new Australian domestic league.

The highly successful coach, who has a winning percentage of 70% in the ANZ Championship, said the Queensland club had similar values to the Steel and she was looking forward to the opportunity of coaching overseas.

"I'm really excited about the growth and development I'll receive in a market that's so challenging for me because it's foreign,'' she said.

"There is a high level of accountability and it's really performance based. It's a ruthless environment and you're measured by your results and your development of players and I'm ready to embrace that.''

The decision to leave the Steel was not easy but the "performance culture'' the side had developed this year was driven predominantly by players who would remain with the side, she said.

Although she would be based in Queensland, Taurua was set to remain involved with the Steel as a technical adviser.

Details of that partnership were yet to be finalised.

"I'm a loyal person - even though it's only been one season - and I'm grateful for the relationships and the opportunities that have been given to me by being at the Steel.''

"There's an opportunity there to enter a world-class high performance environment and build a team from scratch.

"It's exciting stuff. It's great one of our top New Zealand coaches is going to Australia to do this. When she comes back, she'll be even stronger as a coach than she is now.''

Piebenga is a former Dunedin and Otago coach and guided South to the inaugural national league title earlier this year.

She said she was considering applying for the role but was yet to make up her mind.

"It's definitely a possibility in terms of the opportunity that presents itself, but I just need to weigh up a number of things at this stage.''

Bloxham, who has been the Steel's assistant coach for the past three seasons, said she would probably apply for the role.

She applied for the same role last year and felt her experience with the side gave her an understanding of what the competition was about.

"But there's a big difference between head coach and assistant coach and sometimes you just have to be given an opportunity to see how you go.''

Former Steel co-coach Natalie Avellino is another potential candidate, though she did not appear overly drawn to the idea.

The former Australian player, who co-coached the Steel in 2012, also applied for the role last year and said she was keeping her options wide open.

She was considering not only a Steel coaching role but also assistant coaching opportunities in Australia, should they emerge.

"But I haven't done a lot of ground work yet.''

Former Mystics coach Debbie Fuller, who resigned at the end of this season after her side won just three games, is also a free agent.

However, it is understood she is not interested in the role and, with a winning percentage of just over 50%, would be a long shot anyway. She did not want to comment on her intentions.

Former Otago coach Deb Tasi-Cordtz said she was enjoying taking a step back from the elite level and was unlikely to put her name in the hat.

She co-coaches Dunedin premier A club side the Southern Magpies and also coaches a Balmacewen year 8 team.

Lauren Piebenga
Pros: Has come through the ranks. Led Otago A to the national championship title in 2013 and South to the inaugural national league title this year.

Cons: No experience at the top level. Has job teaching at Columba College so would be logistical challenge.

Cons: Led the side to ninth with Southby in her only season in charge. Was sacked as assistant by Southby four games into next season.