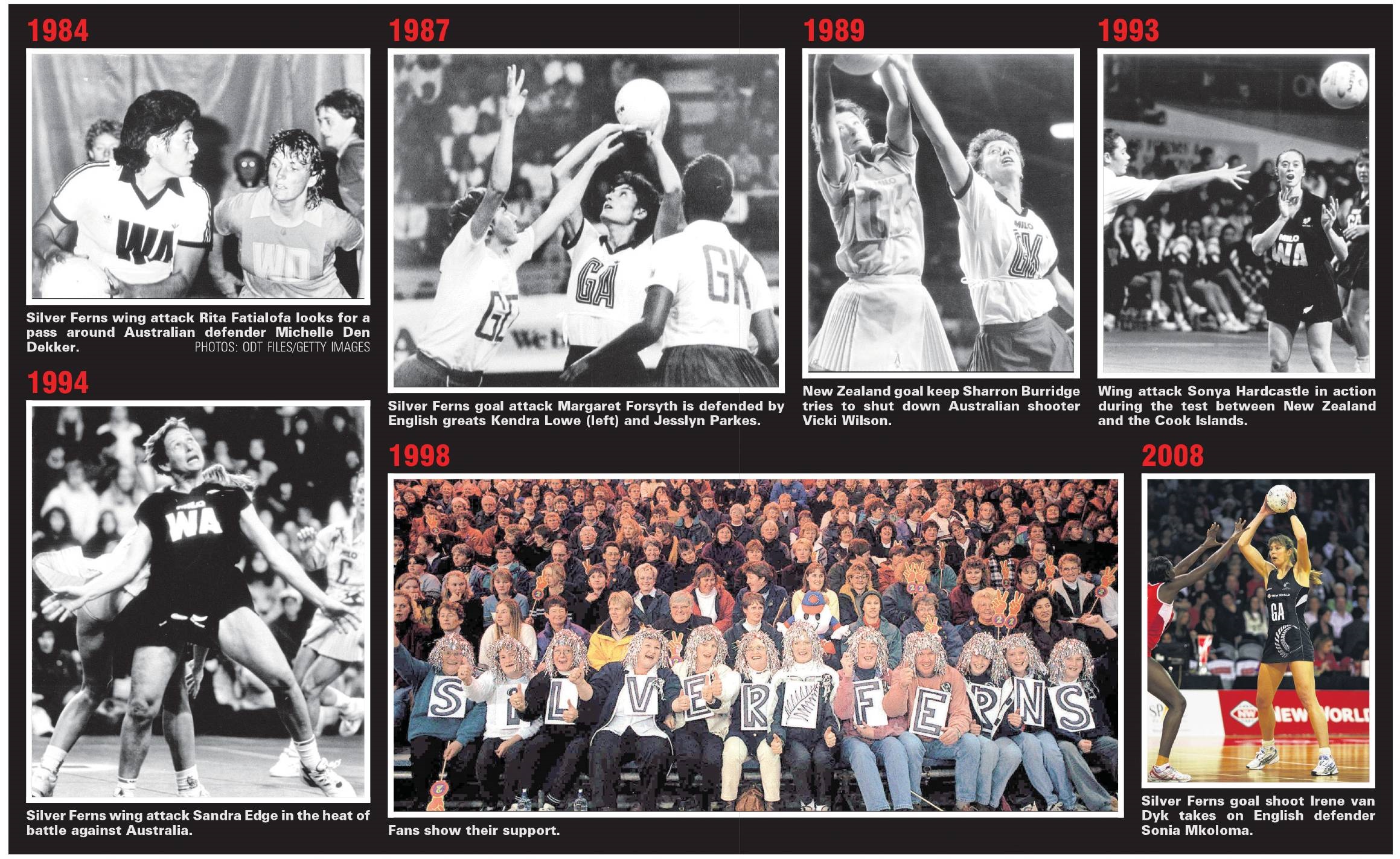 Once a regular feature on the Silver Ferns schedule, Dunedin has hosted just one test over the past 22 years. As the team prepares to face England in Christchurch, Jeff Cheshire looks at what became of the city's relationship with the national team.

There was outrage in Dunedin. The year was 1999 and, for the first time since 1988, the city had been left off the Silver Ferns' schedule.

Venue size and costs of the old Dunedin Stadium had been among the key factors in its dumping.

Dunedin's most recent test, against Australia in 1998, had been played on a makeshift court near the entrance of the Edgar Centre in front of a capacity 3300 crowd.

However, Netball New Zealand then-executive director Alistair Snell had said that Edgar Centre court was not ideal for what the Ferns were looking for.

He said Dunedin Stadium had not improved its facilities in 20 years.

While NNZ would not rule out a return to Dunedin, he acknowledged it would slip further down the priority list if something was not done.

That outrage has since simmered. 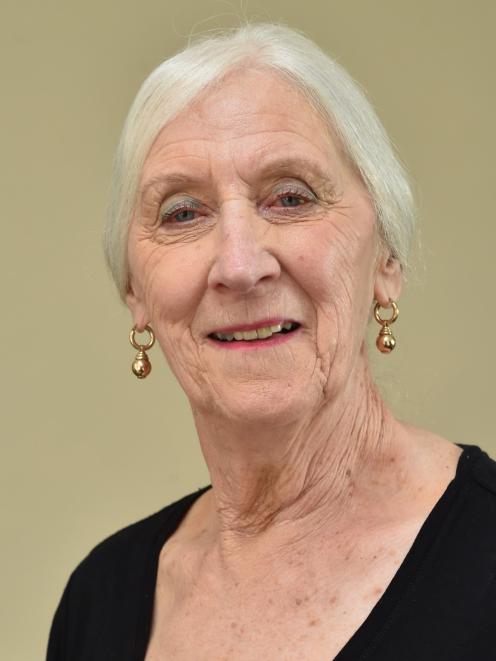 Dame Lois Muir. Photo: Gregor Richardson
Perhaps, if it was known Dunedin would host just one more test, it would have been even greater at the time.

That was against England in 2008, the only time test netball has graced the court of the main arena at the Edgar Centre.

The city has since become an afterthought in terms of international netball, and for the younger generation who knew no different, barely a thought at all.

The arena's capacity of 2800 was likely to be a limiting factor at the outset.

Muir added that had been a conscious decision when the arena, which opened in 2004, was built.

She said constructing a facility that could be used more widely, at the expense of top-line tests, was considered more important.

It was not something she felt was missed too much - relative to cost, at least.

People could still watch the games on television and she felt the money that would be used on a bigger arena was better being used investing in younger players and coaches.

"It isn't live here because we haven't got the seating. We were better to build a smaller building that was going to be used all the time for everyday people to do activity and grow players than have one test every two years." Netball New Zealand head of events Kate Agnew offered a slightly different perspective.

She said there were various limiting factors nowadays, although the capacity was not prime among them.

Alack of space around the court was a notable one.

The move to digital signage required more room and that was tight at the ends of the Dunedin courts.

The space for newer broadcast cameras was tight as well.

The need for improved facilities around the courts, such as more changing rooms in the event there was a curtain raiser, was also a constraint, she said.

On top of that, various other arenas around the country-notably Stadium Southland in Invercargill- had been upgraded and become available over the past 15 years.

She said the organisation worked with the Edgar Centre to look at potential opportunities and had been pleased with several upgrades- such as the recent lighting one.

While acknowledging capacity as a factor, that came more as a result of the solutions to the other limiting factors.

"The capacity, it's a balancing act between all the different factors," Agnew said.

"Where we can come up with some of the solutions for some of the space challenges then it does compromise the capacity of the venue.

"Every time we lose seats, that's losing the opportunity to generate the revenue against the match. There are things we have to assess. "I do think it's probably more of the constraints in the space around the court now where the biggest challenge comes, and the infrastructure that's around the venue." 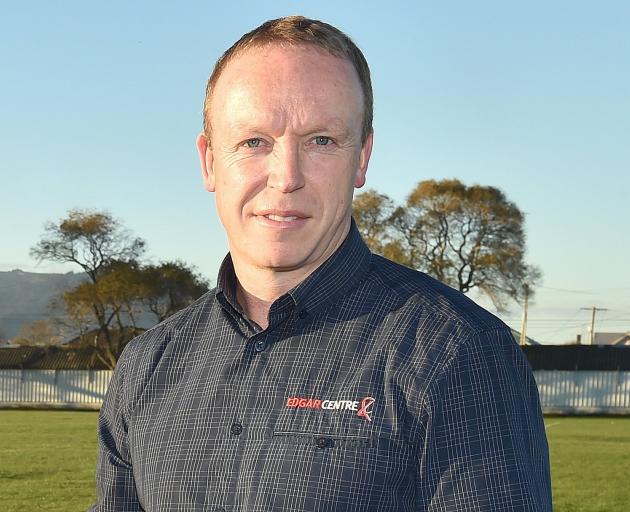 Crawford confirmed the Edgar Centre remained in the market to host netball tests. They were a top priority when it came to bookings. He said he regularly asked if the venue was on the radar, although that had become more difficult since Covid-19 hit.

Attracting a top-line test against the likes of Australia or England might be a stretch. He felt a test against a smaller nation could be achievable.

While acknowledging the constraints Agnew had mentioned, he felt the lower capacity still made it a less attractive option than the likes of Christchurch or Invercargill.

"I don't think they're dismissing us," Crawford said. "I think they genuinely would like to bring something to us. But I don't think we fit as a top-priority venue, mainly with the capacity. "Commercial realities are they can make more money going to the bigger venues."

Perhaps it is the way the world has gone.

In many ways, Dunedin was a forerunner to the modern-day arena experience. It was the first centre to bring the national championships inside, at the Dunedin Stadium in 1990. Muir said teams would warm up under floodlights in the car park outside, before coming in to play their games.

At that point, the city had hosted a handful of Silver Ferns matches.

In 1981, the Silver Ferns hosted England at the Dunedin Stadium, before doing so again in 1987.

The Silver Ferns spent a week in Dunedin in the build-up to the 2018 Commonwealth Games, playing closed-door games against the Southern Steel and Mainland Tactix. But there was no chance for the public to catch a glimpse.

Covid-19 now presents another obstacle to navigate in securing international sporting fixtures. It was that which left Agnew unable to give any certainty as to when the Silver Ferns might again walk on court in Dunedin. 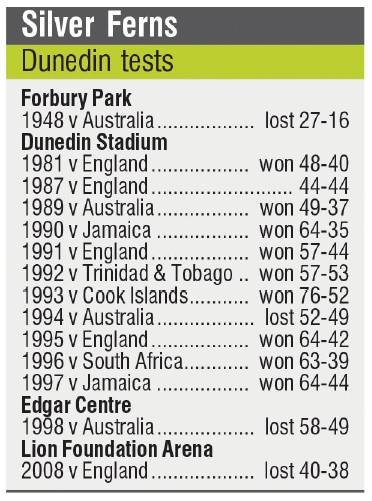