Young defender intent on stepping up for Steel 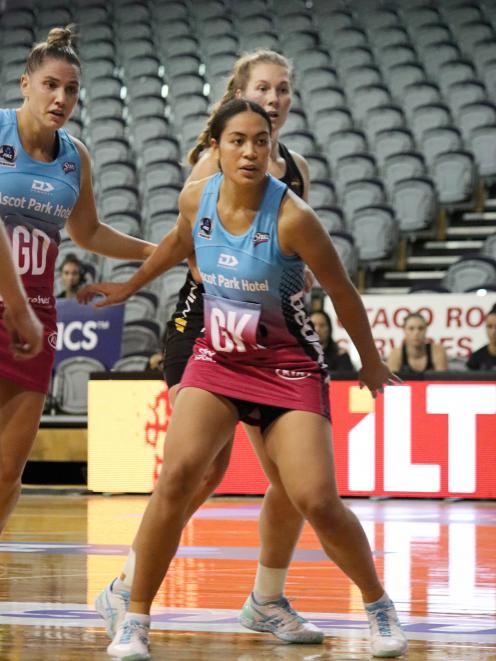 It has been a strange year.

The 19-year-old promising defender has made a positive impression when she has played and made the starting team for the opening game against the Magic in March.

But Covid-19 made itself at home and the competition was suspended after just one round.

It was back to training for Fifita and the rest of her teammates. But the ANZ Premiership restarts tonight and the Steel will play the Tactix tomorrow.

All that training will finally be put to some good use.

"It feels like we’ve had three preseasons, so we are coming to the end of the third one," she said.

"It has been tough but interesting at the same time. During the lockdown it was a good period to gather myself together and prepare for when we do get started again."

Fifita made her debut for the Steel in 2018, playing a couple of games. She made three appearances last season and has been billed as one of the players to watch in 2020.

She batted away a league-high eight deflections during the 54-48 loss to the Magic. But she was also the most heavily penalised player during the opening round.

She conceded 19 penalties, some of which you can probably put down to youthful enthusiasm.

Fifita played a lot of netball down the other end of the court while at Waitaki Girls’ High School.

But a combination of nerves and ability on defence saw the 1.85m athlete make the transition to defender.

Fifita’s family has relocated from Oamaru to Invercargill to support her while she chases her netball dreams.

"When I got the call up from Reinga [Bloxham, Steel coach] to be a fulltime player I was so excited but also nervous at the same time."

Her goals are to build on her skills and to have the confidence to bust out of the circle and chase those intercepts.

She has an experienced campaigner in Te Huinga Reo
Selby-Rickit to look to for advice on that score.

The Steel co-captain also started out as a shooter but made the transition to defender. And, like Fifita, she was young when she started out at
the top level and had to grow into the role.

"It’s been great playing alongside Te Huinga Reo — she has so much experience so I follow what she does on court and that really helps me become a better player.”