Kiwi snowboarder Zoi Sadowski-Synnott has capped off a stellar season with an ESPY award nomination.

Erceg, currently playing for New Zealand at the Women's Football World Cup in France, has played for the North Carolina Courage since 2017, making over 52 appearances and scoring three goals. 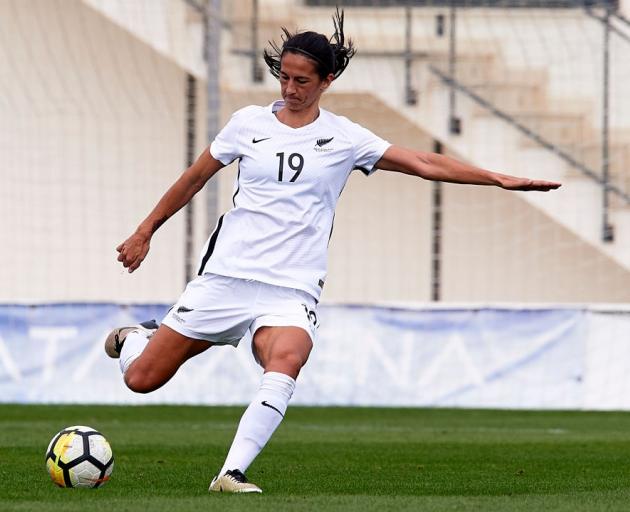 In 2018 she won bronze at the Winter Olympics in the Big Air event.

Israel Adesanya during his win over Kevin Gastelum in Atlanta. Photo: Getty Images

Dixon is the reigning IndyCar champion and was recently named in the New Zealand Queen's Birthday Honours list.

The winners of the 29th ESPY (Excellence in Sports Performance Yearly) Awards will be announced at a ceremony in Los Angeles on 11 July NZT.

A stellar year for Wanaka snowboarder

Following an outstanding year of results – including a World Championship title, gold and silver X Games medals and a U.S Open Snowboarding Championship title – Sadowski-Synnott has been nominated for the Best Female Action Sports Athlete award at the ESPYS.

Sadowski-Synnott says it feels "crazy" to be nominated in the category.

"I just look at the past year in wonder and can't believe how everything's gone. I'm stoked to be nominated, it's a huge honour," said Sadowski-Synnott, who hopes to attend the awards ceremony in Los Angeles on 10 July.

Sadowski-Synnott is up against stiff competition in her category with Estonian freeskier Kelly Sildaru – who notched up three medals at this year's X Games – also in the running.

Australian Stephanie Gilmore – with Seven World Surf League Championship titles to her name - rounds out the list of nominees.

Running since 1993, the ESPYS are presented by the American network ABC and previously ESPN, to recognise individual and team sporting achievements on the world stage.

Award winners are chosen through voting by fans as well as a panel of sportswriters, broadcasters, sports executives, and sportspersons.