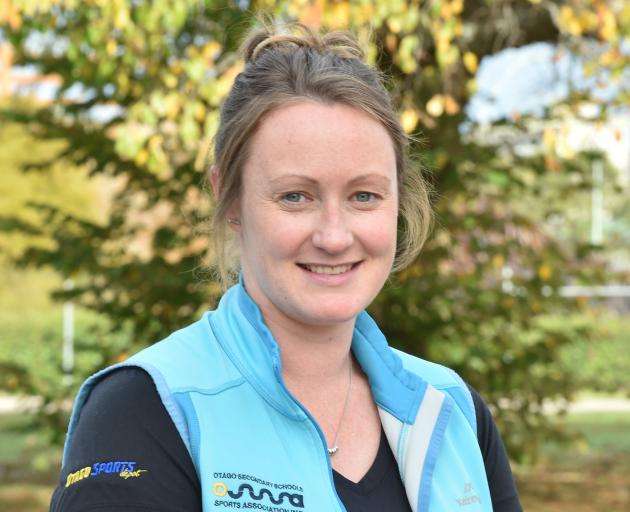 Nicole McLaren is the new Otago Secondary School Sports Association regional director. PHOTO: GREGOR RICHARDSON
The province is No1 at the moment and that is where Nicole McLaren intends it to stay.

She takes over from Nicki Paterson, who has moved to School Sport New Zealand.

McLaren has been assisting Paterson at the OUSSSA as competitions and events director and has moved up the chain.

She said it was an exciting time to be involved in secondary school sport in Otago and was very much looking forward to the job.

"It is not often you find a job which is also your passion. It is good to have a change. I had done 8½ years so good to do something different," she said.

McLaren was brought up on a farm in the Catlins and then went to the Institute of Sport in Dunedin, gaining a business degree in sport management and event management.

Otago had become the leading province in the country for participation by secondary school pupils in the past year.

It had been just behind Wairarapa for a few years but has now moved past.

The top five sports in Otago for secondary school pupils are, in order, basketball, rugby, volleyball, netball and touch.

McLaren said the province was lucky as it managed to get a bit of winter sport in and most pupils were very keen to get back and play.

"Many of them just wanted to play. That was what was normal to them — getting back and playing sport.

"I suppose we were luckier down here as we did not have any other lockdowns."

She said sport taught some real values and Otago did not have a school in its region which did not value sport.

The facilities were first-class right throughout Otago and school coaches and staff gave great support to pupils wanting to play.

Sport was undergoing change and more focus needed to be on what the participant wanted rather than what was delivered.

It was a fine line to cater between enjoyment and competition, she said.