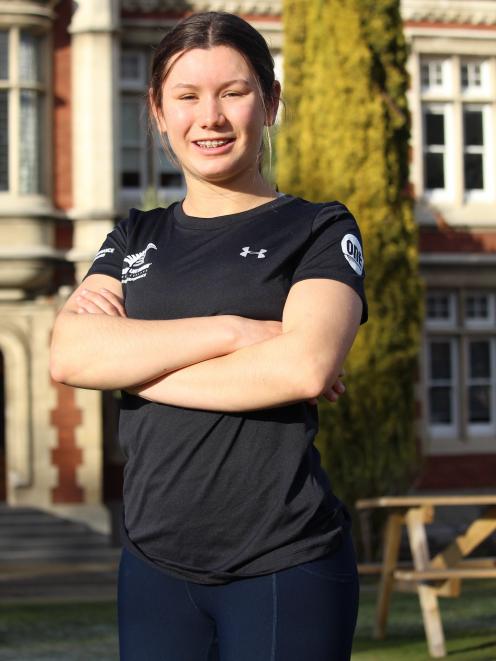 The year 11 pupil has been named in the 12-member Junior Black Fins team which will compete at the world life-saving championships in Riccione, Italy in September.

"We're very excited to work with this group of talent to carry on the legacy teams before have left," he said.

Rosie will compete in the youth under-19 division with her team which is made up of six males and six females.

Rosie’s main events are the beach flags and the beach sprint.

For the beach flags, Rosie starts lying facedown on the beach about 20m away from flags planted behind her in the sand.

At the start of the race, she has to quickly get up, turn around and run to grab a flag before the other competitors.

It is an elimination round because there is always one fewer flag than competitors, she said.

For the beach sprint, competitors have to race about 90m to cross the finish line.

Rosie describes herself as a "beachie", those that compete in the beach events.

She has been passionate about life-saving, competing since she was a junior, starting at about 8-years-old.

At 14, she became a lifeguard and has a level 1 first-aid qualification.

"As a lifeguard, I do regular patrols, which is aiming to make the beaches safer."

The team would be travelling together, but due to Covid-19 it was not anticipated the games would have spectators, she said.

Rosie had, however, been able to bond with her fellow team members at a high performance camp recently in Auckland.

"It was a good challenge for me to navigate that."