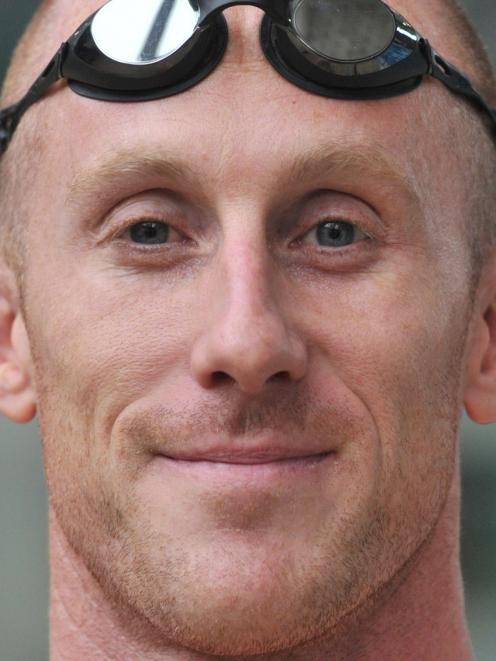 Crosland (29), a backstroke specialist, was expected to make the cut in the 100m but missed out by just 0.25sec at the national championships.

''It was just the blink of an eye,'' Crosland said on his return to Dunedin.

A frustrated Crosland has learnt some hard lessons from the championships in which he hoped to qualify for major international competition for the first time.

''I should have had a day off after winning the 50m backstroke and not swum the 200m backstroke,'' Crosland said.

Crosland swam under the late Duncan Laing as a teenager and then took seven years away from the sport before coming back three years ago to train with Gennadiy Labara.

''Gennadiy knows how to get me fit and strong and improve my technique,'' Crosland said.

The one thing lacking at the end was the fine-tuning and tapering that turns good swimmers into champions, but Crosland said tapering did not work for him.

Crosland acnowledged the Swimming New Zealand stipulation that the qualifying time had to be swum at the national open championships put extra pressure on him.

''It is a brutal system and I definitely felt the pressure. I was thinking about qualifying all the time and didn't sleep well.''

Crosland admitted to being ''a bit down at the moment as I think about my future in the sport. There are a lot of things I could have done differently''.

Complete dedication is needed to reach the top in swimming with up to four hours a day required for training. It is one of the toughest sports at the Olympic Games.

''I have been sponsored by a group of Otago masters swimmers in my bid to make the Commonwealth Games,'' he said.

''My future in swimming will depend on getting the financial support I need to carry on.''

The qualifying standards for the Rio de Janeiro Olympics are not expected to be much harder than the Commonwealth Games.

The qualifying mark in the 100m backstroke for next year's world championships in Russia is 54.73sec, which is slower than the Commonwealth Games standard.