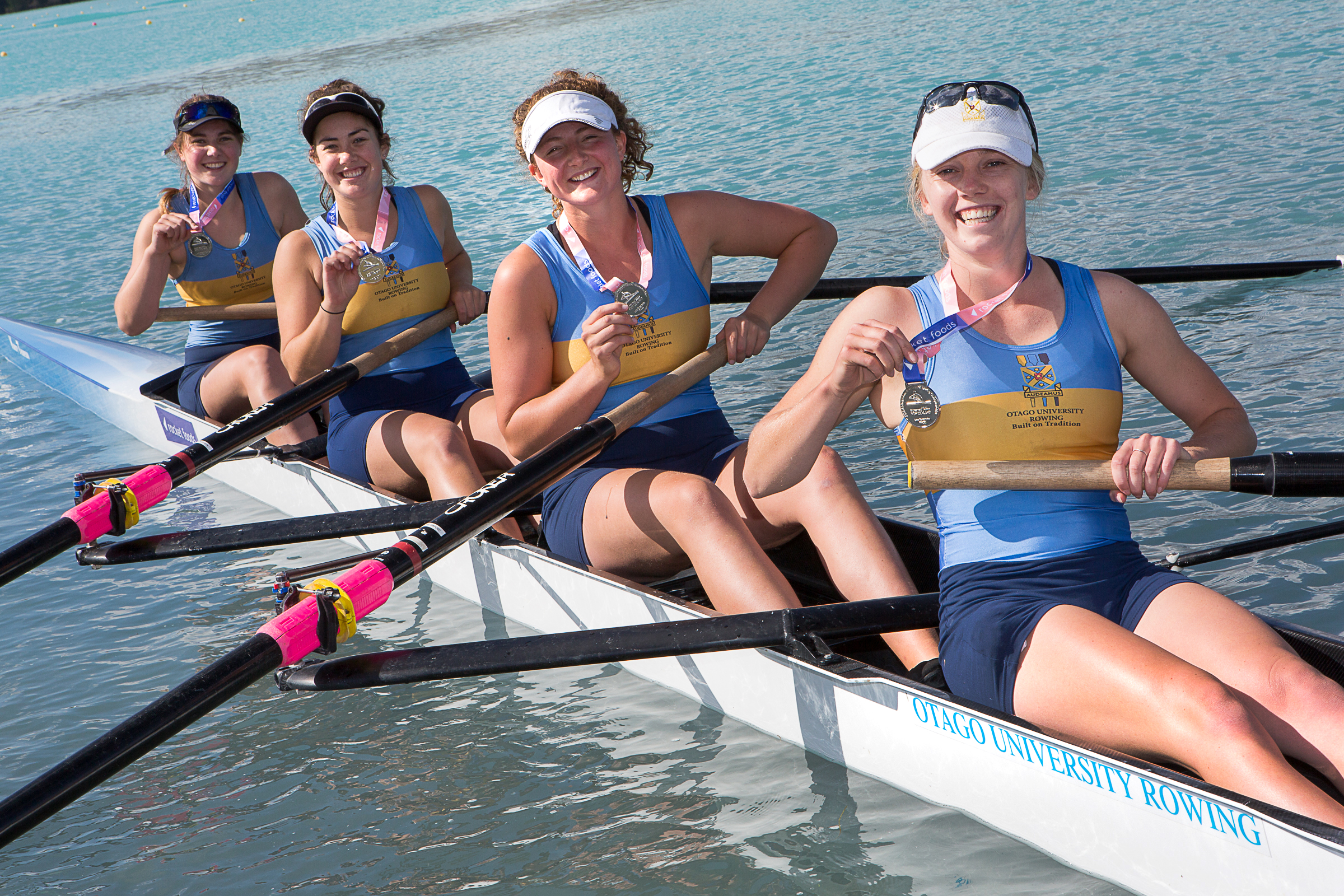 The Otago University Rowing Club crew of (from left) Gabby Hunter, Josie Cook, Caoimhe Dempsey and Sydney Telfer celebrate after winning the silver medal in the women's senior four at the national championships on Lake Ruataniwha at the weekend.
Eva Hofmans, of the Otago club, won two finals at the national championships at Lake Ruataniwha on Saturday.

On a hectic final day of racing, after wind played havoc with Friday's racing, Hofmans won the women's senior single in 9min 38.04sec.

She then won the club single title in equally impressive fashion. 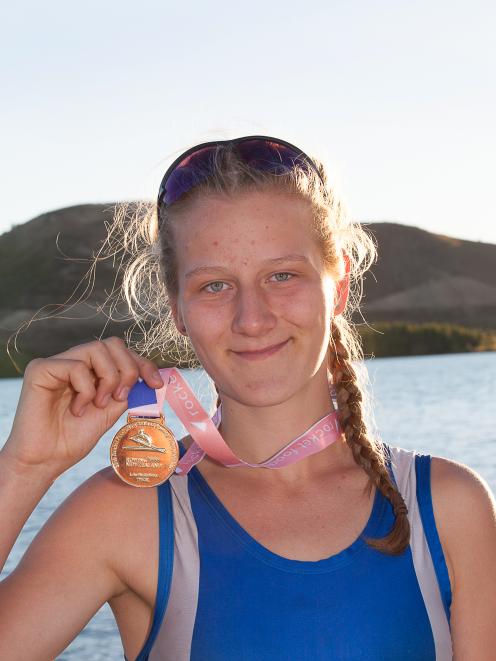 That four also teamed up with other rowers from the same club to finish second in the women's club coxed eight.

In the women's senior four, Otago University Rowing Club's Sydney Telfer, Caoimhe Dempsey, Josie Cook and Gabby Hunter took second place. The four then teamed up with a Canterbury crew to race in the eights and picked up a bronze in the senior eight.

In the women's under-19 double sculls, Ella Fry and Sophie Sinclair, of North End won gold, just under two seconds in front of a Timaru crew.

The women's intermediate double sculls was a benefit for the Dunstan Arm club.

Cook and Hunter teamed up to take for the bronze for the Otago University club in the club pairs.

In the under-19 fours, Otago performed well, the crew of Angus Kenny, Will Edwards, Oscar Cochrane and Nic Chamberlain, with cox Fergus Parks, finishing second in the final. Simon Smith and Greg McLaughlin won the men's senior double.

In the premier races, Emma Twigg made an impressive debut in her first national event since the Rio 2016 Olympics, taking gold in the women's premier single sculls, representing Waikato RPC.

In one of the fastest times recorded on the Lake Ruataniwha course, the men's premier eight was won by Auckland RPC in a time of 5min 35.08sec.