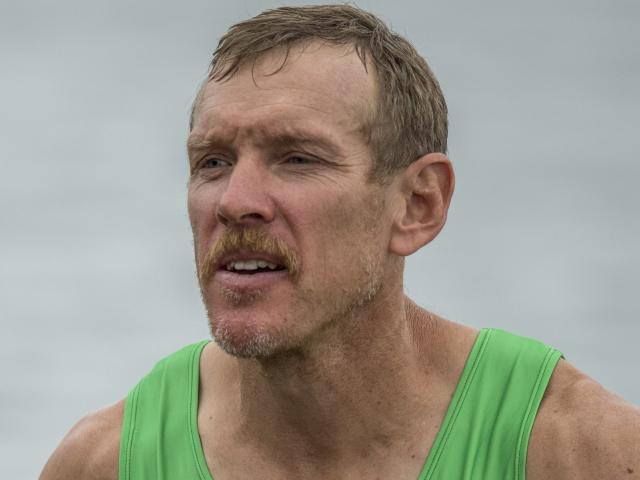 Simon Smith
Simon Smith went to Boston as a relative unknown racing against some former stars.

He came back as part of a gold medal-winning crew.

Racing in an eight with the Marin of California club, the Dunstan Arm rower won the masters 40-50 grade in the men's eight at the Head of the Charles (HOTC) regatta in the United States.

An annual regatta, the HOTC attracts 12,000 rowers from around the world.

Over the two days it attracts up to 350,000 spectators along the banks of the Charles River, which runs through Boston.

Smith - who linked with the Marin crew via an old friend - raced against several crews laden with former international rowers.

That included those from Great Britain, Canada, the US, South America and China.

The club had not entered the 40-50 grade before and began as the 18th seed.

That meant it was one of the last boats to begin the 4.8km race. A boat leaves every 10 seconds, and time determines theplacings.

However, his crew slowly picked off those ahead of them and finished 4.8 seconds ahead of the next crew.

It was a result which he said rated up there with his best achievements.

''It's one of the biggest things I've ever done in rowing,'' Smith said.

''I'm really stoked, it was awesome to be part of the crew.

''We just had an amazing row.

''Our cox, we had a world class cox who coxed an amazing course.

''He shaved about 150m off the distance, it's quite a windy course so your driving and steering is huge.

''It was unexpected to win it, but we knew we'd be competitive.

''The only crews that show up in the big eights, they're all international class crews.''

While he had done plenty of rowing before, Smith said the scale of this regatta had been massive.

''The crowds over the last mile are just deafening, people on the bank yelling.

''It's quite overwhelming, but it also made you go really hard, you've got so many people yelling for you and you've got boats around you.''

Now back in New Zealand, Smith was preparing for another summer of rowing, alongside continuing to coach the Dunstan Arm and Dunstan High School crews.