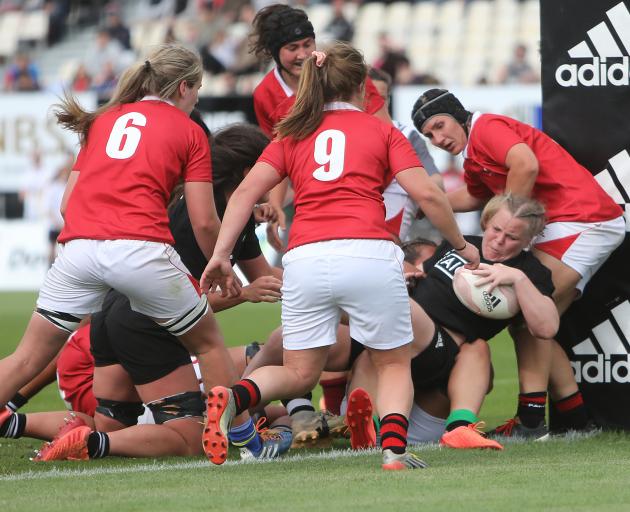 Black Ferns prop Pip Love goes over for a try. Photo: Getty Images
The Black Ferns ended their season with a rather messy effort against the Barbarians in Nelson on Saturday.

The Black Ferns won 19-17 in a game in which the bulk of the scoring occurred in the first half.

A penalty from Barbarians first five-eighth Patricia Maliepo was the only points of the second half as play rather meandered along.

The Black Ferns were not at their best.

The side moved the ball around a lot but too much of it went across the field, giving the defence of the Barbarians plenty of time to come across and close the New Zealand players down. Three of the five tries in the game were scored by props, which shows something.

Otago centre Amy Du Plessis had an energetic game for the Black Ferns in her starting debut but there was a lack of combination from the Black Ferns throughout the game as they struggled to get any flow into their game.

Black Ferns prop Pip Love, who has played for Otago, scored two tries for her side, including a crucial score just before halftime.

The Barbarians stood strong on defence and had some nice patches on attack but often the last pass would be spilled or go to ground.

Otago midfielder Kilisitina Moata’ane made some good runs and hit hard on defence and outside her Janna Vaughan, of Manawatu, who used to play for Otago, was also lively.

The game was the last international of the season for the Black Ferns and next year’s World Cup, to be played in Auckland and Whangarei, is next on the agenda.

Black Ferns coach Glenn Moore will have plenty to think about before the tournament starts in September next year. 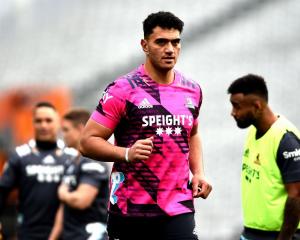