There are hopes Forsyth Barr Stadium will host a test match this year. Photos: Peter McIntosh
The Otago Rugby Football Union is confident there will be a test in Dunedin this year.

Details of All Black tests to be played at home this year should emerge in the next few weeks but The New Zealand Herald reported earlier this week The Rugby Championship was to be shared between Australia and NZ.

The union, Dunedin Venues Management Ltd and the Dunedin City Council had been talking to NZR and had been working to put themselves in the best position to host a test.

"We have some great things in our favour down here and not just in the stadium where everyone loves to play," he said.

"The way the whole community just embraces a test and gets right in behind it. The way as a whole city the test is promoted. Everyone knows it is on.

"So we do tick a lot of boxes. We have had a lot of positive conversations around it."

Kinley said the groups were talking regularly and was confident there would be a successful outcome.

The Rugby Championship would have the two other sides: South Africa and Argentina arrive and then have to go into quarantine for two weeks. They would most likely be able to train during this time. Once they came out of quarantine, provided all players and members of staff had tested negative for Covid-19, they should be able to move freely across the Tasman.

Italy was facing a total of four weeks of quarantine to get to New Zealand and return home which led it to cancel its tour. Fiji might struggle to get a full-strength side, as many of its players are contracted to clubs in Europe.

Kinley said even if tickets went on sale later than usual, he was confident demand would be high.

"The public will still want to get out and experience a test. We have not had any international sport for so long and there is a demand for it."

The Rugby Championship will have six games in New Zealand for the All Blacks — two each against the Pumas, Springboks and the Wallabies.

Three Bledisloe Cup tests are to be played in three weeks, two in New Zealand, in Wellington and Auckland, and the second test in Melbourne.

The Rugby Championship will be played in September and October.

The last test to be played at Forsyth Barr Stadium was in 2018, when the All Blacks beat France 49-14 and Damian McKenzie scored 24 points. There was no test in 2019 as it was a World Cup year and it was a limited home test programme.

Scotland was scheduled to play in Dunedin last year, for the first time in 20 years, but it was canned because of Covid-19. 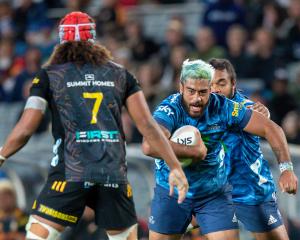 Blues too good for under-strength Chiefs 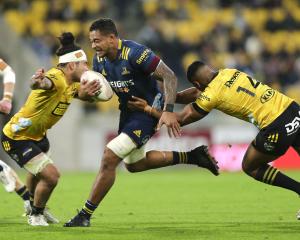 Landers run out of steam in second half 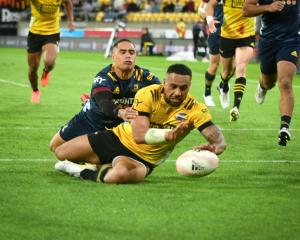 Highlanders run out of puff against Hurricanes