Injury rules Nareki out for season 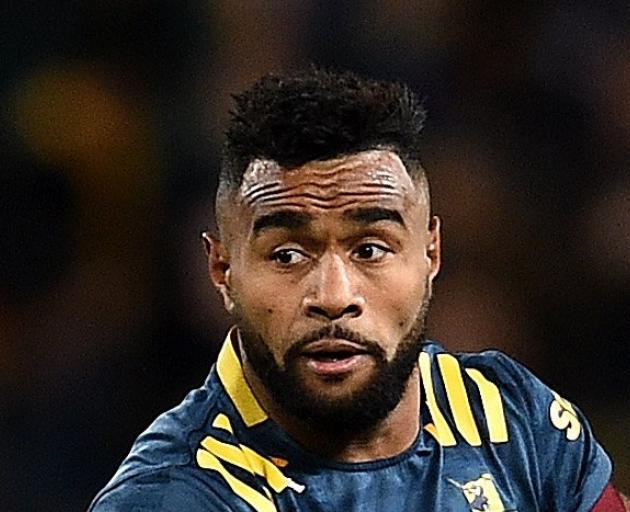 The dynamic outside back injured his anterior cruciate ligament in his right knee during the tense 26-19 win over Southland at Forsyth Barr Stadium on Saturday and has been ruled out for the NPC season.

He fell awkwardly during the first quarter of the season opener and had to be helped from the field.

"He has had a scan and we are still waiting for the final medical diagnosis because it is still quite swollen," Kinley said.

"But he will not be available for us for the rest of the season.

"He has injured his ACL and it is unknown whether he will need surgery yet or not."

The 23-year-old was in potent form for the Highlanders and arguably unlucky not to make the All Blacks.

His ability to find a way past the defence is an obvious loss. But he also adds a lot off the field.

"It is disappointing for Jona. We’ve got some good depth which is fine. But when you lose a player of that calibre, and what he adds off the field as well, it’s hard.

"I feel really sorry for him because he is such a dynamic player ... and a great young man. He’ll bounce back from this."

Otago first five-eighth Josh Ioane and experienced prop Josh Hohneck are also set for a stint on the sideline.

Ioane picked up a head knock in the game against Southland, and Hohneck limped off with a calf strain.

Ioane will go through the return-to-play protocols. He will need to be symptom-free before he can return to play.

It is unlikely he will be available for Saturday’s Ranfurly Shield challenge against Hawke’s Bay at McLean Park.

Otago’s front row stocks took another dip. Hohneck has a calf tear in his right leg.

He had a scan yesterday and "I’d be guessing but he won’t be back to play for three or four weeks, probably", Kinley said.

He sustained ligament damage during the pre-season game against Canterbury. Former Wallaby prop Jermaine Ainsley is still making his way back from injury and fellow bookend Sef Fa’agase is stranded in the United States, unable to secure a managed isolation spot.

Development player Abraham Pole made his debut at the weekend and played well, and Tau Koloamatangi was called in to cover the shortfall but may end up staying for the season.

Harbour’s Tevita Pole has been training with Otago and shapes as the next prop off the bench.