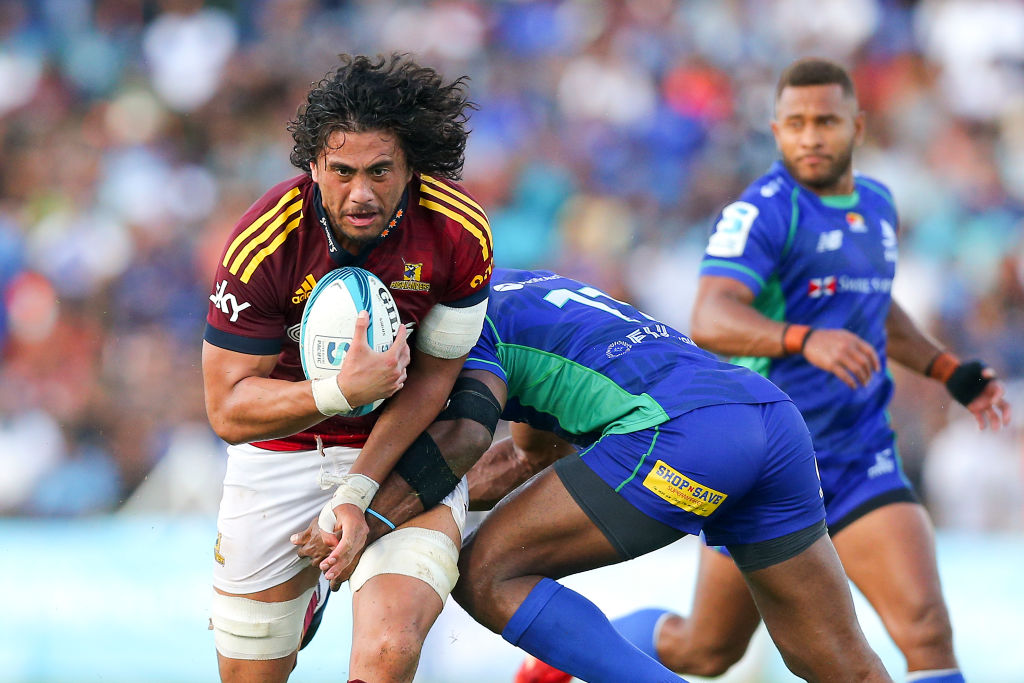 Highlanders loose forward Marino Mikaele-Tu'u charges into the tackle of Fijian Drua outside back Vinaya Habosi during their Super Rugby Pacific match in Suva last month. PHOTO: GETTY IMAGES
The benefits of an injury layoff can be hard to see at the time.

Marino Mikaele-Tu’u is certainly showing that some positives can come from time on the sidelines.

The Highlanders loose forward has been in dynamic form in the team’s wins over the past two weeks.

He was arguably the team’s best player, providing a strong ball-carrying option against the Fijian Drua, and backing up strongly — yellow card aside — against the Reds.

They were performances that followed a disrupted two years for Mikaele-Tu’u.

After a breakout year in 2020, he had injury issues last year, before surgery on his tibia left him starting later this season.

He made it back on to the park, only to tweak his hamstring in the lead-in to the home match against the Hurricanes a month ago.

Finally back on the field, he is making the most of his opportunity, providing some much-needed impact in the absence of injured flanker Shannon Frizell.

‘‘I think it’s been said before — players sort of dip later on in the season,’’ Mikaele-Tu’u said.

‘‘I guess it worked out for me that I’m playing more minutes as the season progresses and feeling fresher.’’

The hamstring was now feeling good, as was the tibia.

He was enjoying being back and off his minutes restriction, which he believed was the key to his impressive form of the past two weeks.

‘‘I’m just stoked to be on the field.

‘‘I think last year I had an injury that set me back a bit. Right now I’m just happy to be getting consistent minutes.

‘‘Any rugby player will tell you if you’re having consistent minutes, you can really express yourself.’’

His ability to continue in that way will be important to the Highlanders’ playoff hopes.

They are in a scrap with the Force and Rebels for the final top-eight spot with three games to go.

Both of those teams remain on the schedule for the Highlanders, meaning they have a large amount of control over their destiny.

The Force is first up, at Forsyth Barr Stadium on Friday, and Mikaele-Tu’u said the team was in good spirits after back-to-back road wins.

‘‘The boys are tracking along. We’d had a few narrow losses beforehand and a few little things we needed to work on.

‘‘I think it’s showing in our last two performances. Our focus now is just to get better and go from there.’’