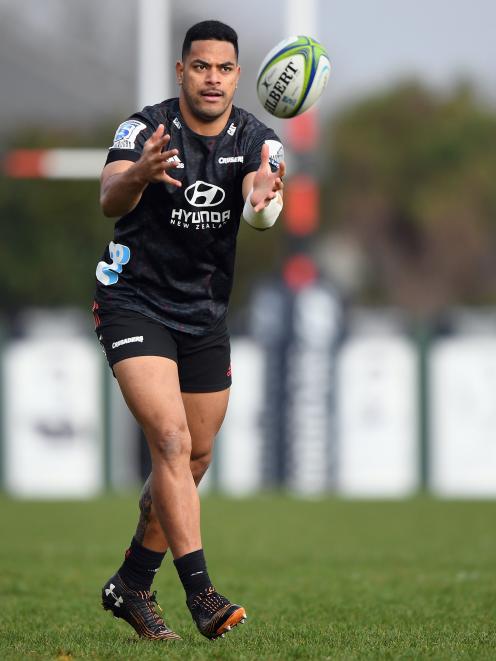 The two-test Tongan international has inked a two-year deal, the team confirmed yesterday.

An explosive ball carrier, Paea (26) debuted for Tasman last year and was part of its unbeaten Mitre 10 Cup Premiership-winning side.

That came after being named the province’s club player of the year.

He also played four games for the Crusaders this year, making his debut against the Highlanders in Dunedin.

At the international level
he has played two tests for Tonga — against Spain and Romania — in 2016 and 2017, while also playing sevens for the country.

Paea, who can play both centre and wing, joins follow former Crusader Billy Harmon in heading south for next season.

He was looking forward to joining the team.

"I’m excited to be going down to the Highlanders after my Mitre 10 Cup season with Tasman," he said.

"It’s a great new challenge and awesome opportunity that will help grow my rugby career further."

"We are excited to secure someone of Fetuli’s ability for the next two years and are looking forward to helping him develop into a world-class player."