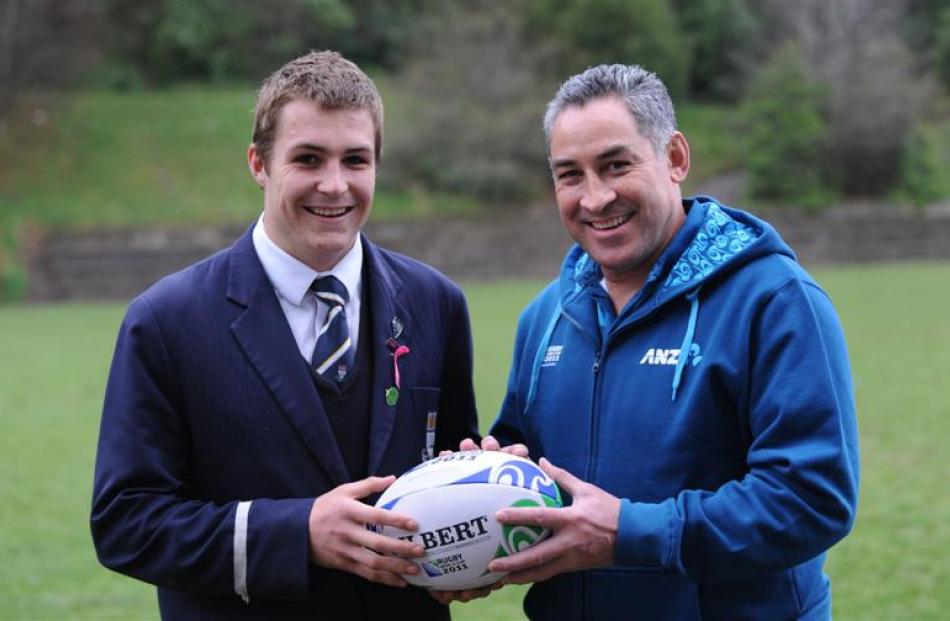 Former All Black Frank Bunce believes the All Blacks are still the favourites for the World Cup and the side just has to use the pressure it is under to its advantage.

Bunce was in Dunedin yesterday as part of a promotion for the forthcoming tournament and said the country appeared to be getting excited, with the first match set to kick off in just over a week.

"I have been to Dunedin and Wellington and people seem to be pretty excited about what is going to happen. But I've gone into those smaller areas like Palmerston North, Napier and going to Blenheim, and they are really enthusiastic about the tournament," he said.

"The upgrades are pretty much finished and you can see the completed product and it is looking really good. I think most people, on the whole, are looking forward to it."

So things are looking good off the field, but what about on the field, and how are the All Blacks shaping up after losing their past two games?

"I know what Graham Henry said after the loss in the weekend that they should not be complacent and that will certainly be true ... the pressure is going to be on. But you've got to make sure the pressure does not become too much and affect you.

"You've got to use that pressure to your advantage. Being in the All Blacks is about having pressure put on you, to be the best you could possibly be [and] to be up to the standards expected in terms of fitness and skills and be up to speed in terms of what the team wants and the coaches want. And also be what the public and the media expect you to be."

Bunce was a member of the 1995 All Black side that lost to host nation South Africa in extra time in the final. Looking back at that game was a good lesson for the current All Black side, he said.

"We took too long to change our tactics. We were always on the verge of scoring or getting it right and then, before we knew it, we ran out of time. But if you look back now in terms of what it did for South Africa, you'd have to say it was a good win for them."

Bunce believed the All Blacks did not need to overcomplicate things in the tournament.

"We don't need to get too fancy. You just have to make sure you do the basics totally 100% right. It's about commitment and hard work. Nothing's changed. There seemed to be some grand ideas about how to win the World Cup but it is just about hard work and getting things right."

He was confident the All Blacks would beat France in pool play, as the European side only played well when something big was at stake.

After the All Blacks' defeat by the Wallabies last Saturday, many New Zealanders now saw the Australians as the big danger for host country hopes.

"But the way the draw is we are going, to have to face South Africa in the semifinal, and they are going to be tough.

"We don't want to get into that trap of looking to the next game before we've played the one that counts."