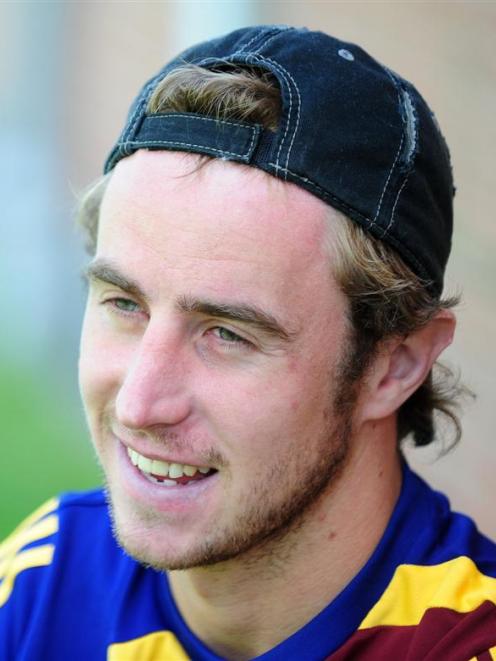 Jimmy Cowan
The Highlanders can see the space to attack and score but it is getting the ball there that is the issue, captain Jimmy Cowan says.

Cowan did not hide his feelings about the narrow loss to the Lions last weekend, saying on the phone from Perth it was more than a disappointment.

"That would be an understatement. It made the plane ride a bit longer than expected," he said.

"We had the debrief of the game and saw that we had the opportunities but did not quite execute it well enough."

Cowan said the side had openings to attack and scored three good tries in the first half at the weekend.

"I think the problem is we see the space but we can't get the ball there. It is a mental thing. The boys are trying really hard but it is just one of those things. The ball is getting dropped or a pass is just not going quite right.

"It's hard for me to pinpoint one individual. But it is right through the squad from one to 22.

"One or two mistakes leads to bigger things."

He said mistakes were unfortunately flowing into their game at critical times.

Players just had to be more accurate, and secure the ball better.

The loss to the Lions was deflating and Cowan said it was fair to say the side was in a rut, having had four losses in a row.

"No-one likes losing, and you could feel in the game it was just slipping away from us. But we made a few bad decisions, gave them the ball in good positions. Then we kicked the ball back to them, right in the middle of the field."

Cowan though wanted to put the loss behind him and end the season with a win against the Force, which also can not make the play-offs.

"The boys want to finish on a high. This will be our last time together as a team this year and we want to go out there, express ourselves, and get among it."

He said he was disappointed with the losses, as he played the game to win, but he could not fault the efforts of the team, as it was still trying really hard.

Cowan was reasonably happy with his form, and said he had done some good things, but also some bad things during the season.

"I think I'm trucking along not too badly but there are always things to work on."

As for captaincy, Cowan said he knew there would be tough times and good times in his first year in the job and he was going through one of those tough times at present.

"But I wanted to develop my leadership and think I have done that through the competition."

He said the Force had a lot of players leaving so emotion would play a big part in its game.

The Highlanders have only played once in Perth, grinding out a gritty 8-7 win in the first round in 2007.

Cowan saw no reason why the side could not put in a performance to be proud of on Saturday.

"The boys just have to throw their bodies on the line."