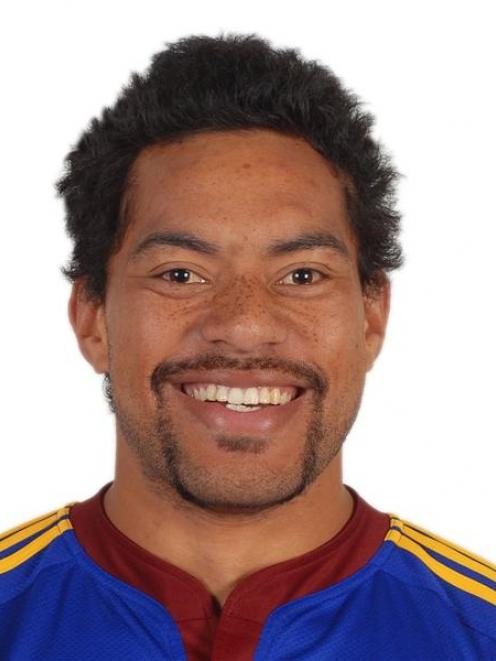 Soakai said from South Africa last night he had been frustrated over the past few games by refereeing interpretations, and was told by the referee last week his game would be watched.

Henry had said yesterday many games in this year's Super 14 were becoming lotteries because of refereeing standards, especially at the breakdown.

The All Black coach had earlier said the Stormers got away with murder at the breakdown last week in their win over the Highlanders.

That view was echoed by Soakai, who said referees seemed to have different views on the rules.

"Different refs have different interpretations. All refs are different. We know that. But some refs will say you can do that and won't say you can't do that. What we can pick up we quickly have to adapt to," Soakai said.

He and blindside flanker Adam Thomson were having to quickly adapt to the referee's interpretations.

He agreed the game might have gone by then, as it took a while to adapt.

"It is a bit frustrating, to be honest."

Soakai said referee Matt Goddard had a quiet word to him before last week's game against the Stormers.

"He said there were certain things in my game that he would be keeping an eye on. That changed my game and I quickly had to adapt to his thinking."

Soakai said the referee also met Highlanders coach Glenn Moore before a game and outlined his view, so that meant the team making adjustments before taking the paddock.

Soakai (25) said the side was not using the referee as an excuse and just needed to play better.

He said the Highlanders had talked about what was needed to beat the Sharks at Durban early Sunday morning (New Zealand time).

The Highlanders had travelled from Dunedin to Sydney, staying there on Sunday night, before travelling to Durban via Johannesburg on Monday.

They had now settled into Durban, where the temperature was in the mid 20s, and the side was off to watch an IPL twenty/20 match this morning.

Soakai said the side needed to have a more secure set piece and dominate in the contact area.

With that they would bring more continuity into their game, which had been lacking in the past few weeks.

"We've struggled to get any continuity into our game in the last few weeks and we have identified as a team we need to be on the same page."

Soakai was happy with his own form, although he wanted his own game and the team's to be more consistent.

Soakai was often on his knees during the game after a string of phases but he said that was just part of playing in the openside position, where bumps and bruises were picked up.

The Sharks are coming off a bye and are hoping to have first five-eighth Ruan Pienaar back after a month out with a knee injury.

But centres Waylon Murray and Adi Jacobs are out, which will mean a shake-up in the backline.

The Highlanders are due to name their team today and may look at a change in the inside backs and bringing hooker David Hall back into the starting side.