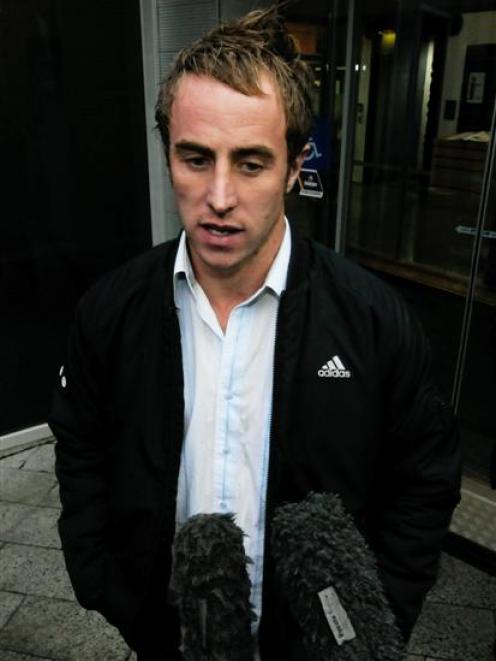 All Blacks halfback Cowan faced an automatic judicial hearing in Wellington today after being sent off for a late and dangerous tackle on Blues first five-eighth Jimmy Gopperth in Friday's match in Auckland.

Video footage showed the tackle was made less than a second after Gopperth had kicked the ball, Squire said in a statement, while the point of contact was at Gopperth's chest level.

Cowan's only failure was not using his arms to make the tackle, but it was "no more serious than tackles of a similar kind which are routinely met with penalty kicks or, in extreme cases, a yellow card".

Earlier today, Chiefs players Richard Kahui and James McGougan both survived charges of dangerous play emanating from their defeat of the Cheetahs in Kimberley on Sunday morning (NZ time).

McGougan pleaded guilty to the trampling, which was penalised at the time by referee Nathan Pearce, and judicial officer Jannie Lubbe issued a reprimand and decided to take no further action.

Kahui pleaded not guilty and Lubbe said a review of new evidence found there was no lifting of the Cheetahs player and driving of him into the ground.