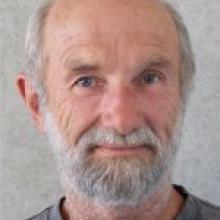 Ross Laidlaw
The Highlanders are missing targets both on and off the field.

The side had entertained hopes this year of reaching the upper echelons of the competition table, which would have attracted crowds to home matches.

But with the side having only two wins from nine games, and sitting 11th on the table, spectators had not turned up in any number.

Fewer than 7000 watched the game against the Blues at Carisbrook, while crowds of about 5000 turned up for matches against the Sharks and Lions.

About 5800 watched the match against the Force in Queenstown.

Laidlaw said attracting small crowds was in line with what had been happening across the country.

The season had been disappointing but he had not given up hope, and it could be salvaged if the side won its last four games.

The review had gone reasonably well, but he was not prepared to make any comment on Moore's future.

The all-encompassing review involved former All Black captain Graham Mourie and others, he said.

The coaches and players would be reviewed at the end of the season.