Rugby: Smith seems to be over injury 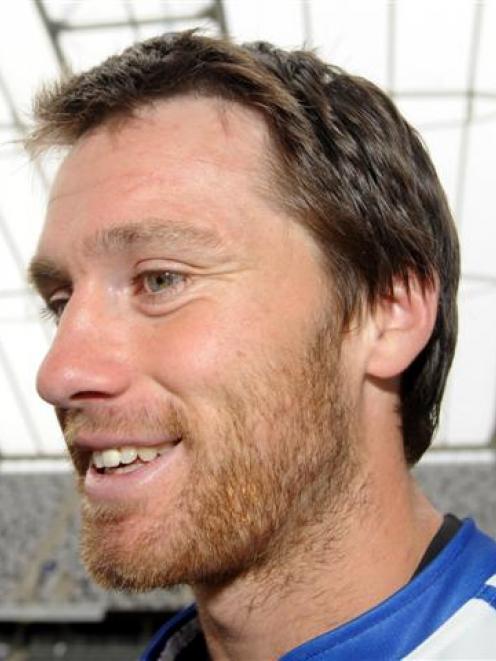 Ben Smith
Highlanders fullback Ben Smith will have the rest of the week to get himself right for Saturday night's Waratahs game.

Smith took a heavy knock to the head in the first half of last week's match against the Crusaders and did not come back after halftime.

He suffered a concussion and was not well after the game but coach Jamie Joseph said he was a lot better now. He would be there or thereabouts in terms of playing on Saturday.

Smith would be tested every day this week by medical staff but Joseph said he appeared alert and not badly affected by the knock.

Smith is a key man for the Highlanders and his ability to run the ball from the back is vital to the team's game plan.

If he does not make it, the replacement will be either Kurt Baker or Colin Slade.

Slade replaced Smith last week and, although he prefers first five-eighth, he has played fullback for Canterbury and the Crusaders.

Prop Chris King has been is struggling with a niggly groin all season and it is touch and go whether he will make the starting line-up for Saturday.

Back-up tighthead prop Ma'afu Fia had his first game for three weeks for the development side on Saturday, after a pulled hamstring had slowed him down in the pre-season.

Bronson Murray also has the ability to play on the tighthead side of the scrum.

The Waratahs will fly into Dunedin tomorrow night and train at the stadium on Friday morning.

The Australian side lost in the last minute to the Reds in Sydney in the opening round and then beat the Rebels 35-19 in Melbourne last Friday night.

About 10,500 tickets have been sold for this Saturday night's clash at the Forsyth Barr Stadium.

Highlanders marketing manager Doug McSweeney said the team had really enjoyed being cheered on by the big crowd last Saturday night and the fantastic atmosphere.

With the Highlanders' next game at the stadium not until Easter Saturday, McSweeney said this would be the ideal opportunity to get along to the stadium to support the side again.