Apocalyptic poem being removed in Lyttelton 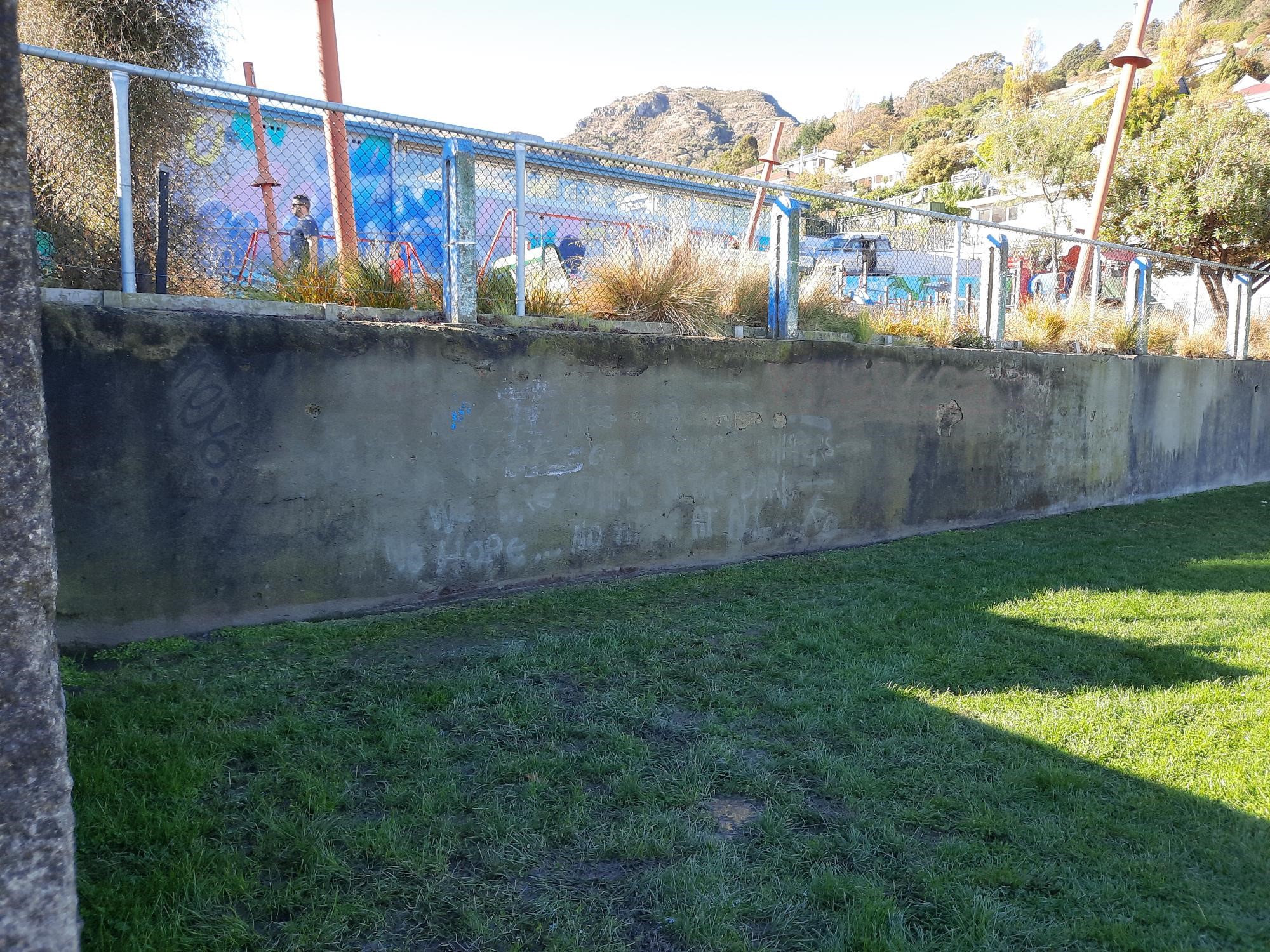 The removal will continue this week.

Complaints were first made about the poem in September last year.

The lack of progress on the removal of the graffiti drew the attention of Deputy Mayor Andrew Turner, who requested answers from city council staff on why the graffiti was still there six months after the first complaint.

The city council told Bay Harbour on March 17 the delays in the graffiti removal would be resolved within the following week.

However, there were further delays as the specialised contractor used by the city council is currently unavailable. They had been working to find someone else to remove the graffiti in the meantime. 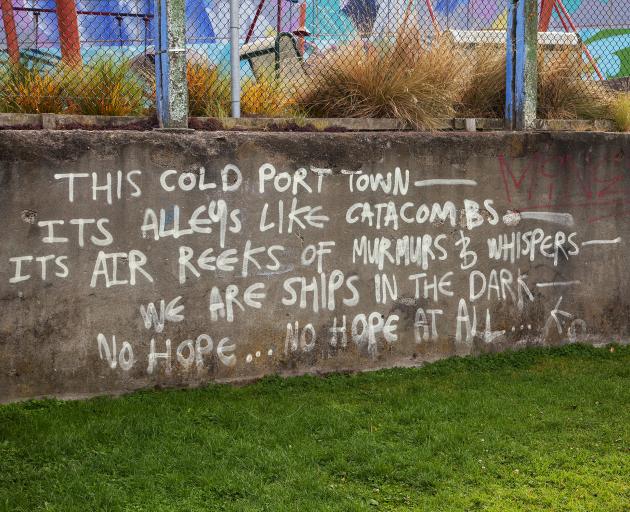 The poem before it was removed. Photo: Supplied
As the wall is a heritage item, a special process is required to remove the graffiti and not damage the structure.

“Being a heritage wall, our advice is to use different methods and chemicals for each material, not as straight forward as normal graffiti removal,” Turner said.

Because of these circumstances, a special contractor was needed to complete the work.

Said Turner: “I have encouraged staff to prioritise this and I have been assured the graffiti will be removed.”

Paul Dietsche, a Lyttelton resident, was among several people who reported the graffiti to the city council via their Snap, Send and Solve feature in September.

Many residents said they did not mind the poem, but opposed its location right by a playing field for young children.

Turner said he would be following up the graffiti at Magazine Bay as a separate issue.