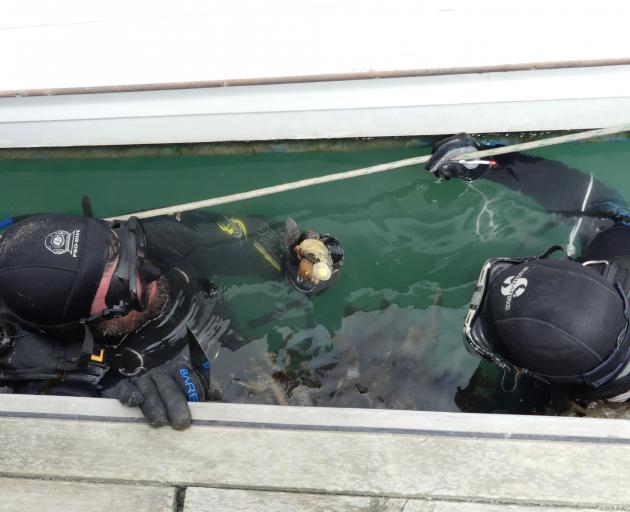 Three divers plus a dive attendant began the arduous task of removing the fanworm (Sabella spallanzanii) by hand at Te Ana Marina earlier this month.

The marina is one of six immediate high-risk locations under investigation in the harbour over at least the next three months.

Fanworm has been present in low numbers in the inner harbour for more than a decade and is a threat to native biodiversity and commercial marine farming operations.

But recent surveys show a rise in their numbers and the likelihood of continued spread within and beyond the inner harbour has made the issue a high priority. 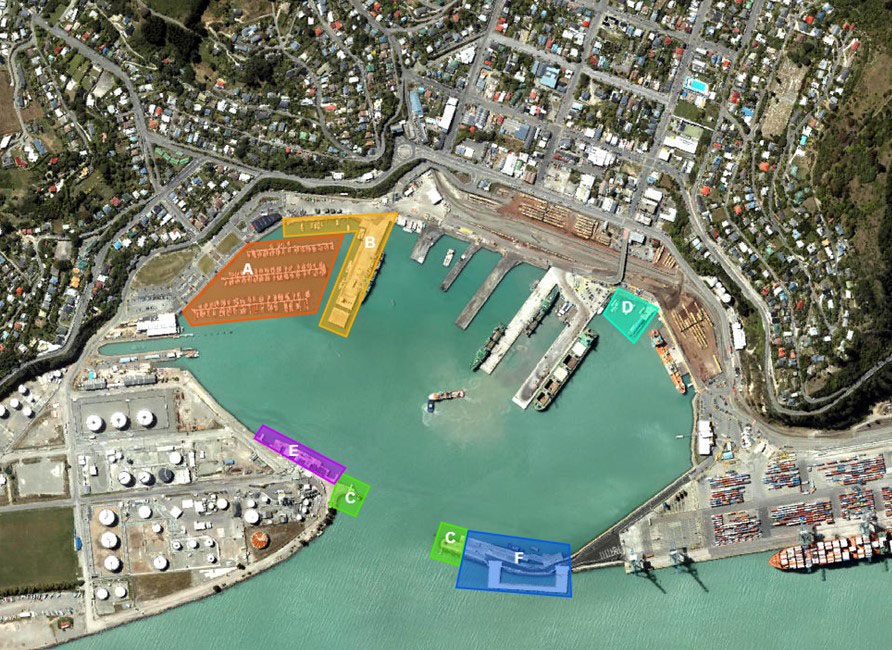 Te Ana Marina is one of six priority areas where the fanworm has been identified. Photo: Supplied
The fanworm is a large worm with a long, leathery tube that is pale brown in colour. The tube is usually fixed to a hard surface and can grow up to 80cm. They have long tentacles at the top of the tube, which look like a spiral fan and are usually orange, purple or white.

The fanworm attaches to hard structures in sheltered marine environments, including pontoons, piles and vessels. They are easily spread by vessel movements and reproduce rapidly.

Training is required to be able to properly identify the fanworm from the native tubeworm and then effectively remove it.

Lyttelton Port Company’s immediate response will see divers travel along the sea floor within the target areas and remove the pest by hand. 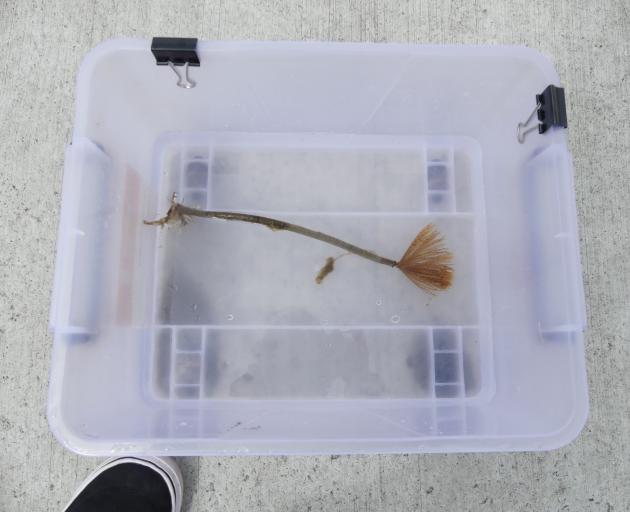 Fanworm is a threat to native biodiversity and commercial marine farming operations. Photo: Supplied
The wider response will be led by Environment Canterbury and the Ministry for Primary Industries will survey and remove fanworm from other areas within the harbour.

Said Lyttelton Port Company project lead Kirsty Brennan: "We needed to get this project under way as soon as possible really, given the known hot spots, and with help from our project partners we were thankfully able to get started at the beginning of November,” she said.

"Fanworm can multiply quickly, so we want to reduce the population to stop its spread, especially going into the warmer months when vessel movements are only going to increase."

Funding has been granted for the work from the Whaka Ora Healthy Harbour project to contract commercial dive services, and Lyttelton Port Company is contributing money and resources to the immediate response and the long-term plan.