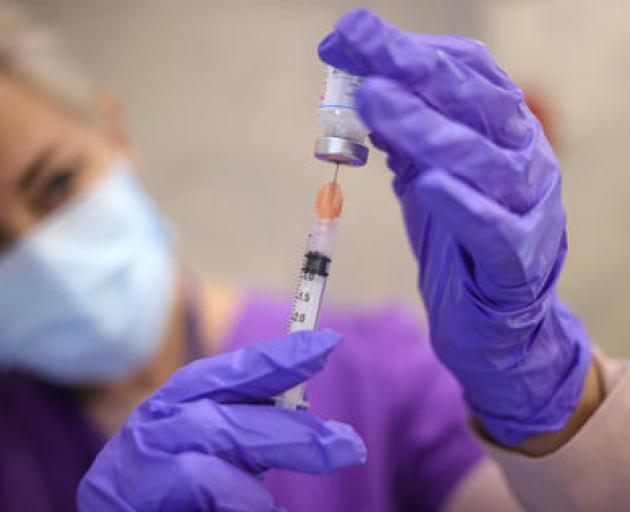 A dozen fridges will be in Auckland, while five will be in Christchurch, meaning up to four million vaccine doses can be stored combined.

Hipkins said that was 10 per cent ahead of target. But he asked people in Group 1 and 2 who have not been vaccinated to get in touch to get a jab.

He said there was “unevenness” around the country, and some people in Group 3 have been vaccinated in some parts of the country, whereas others have not.

The nurses strike yesterday meant it was a “relatively slow” day for vaccines, affecting up to 30 per cent of sites.

Prime Minister Jacinda Ardern announced last week that about one million doses of the Pfizer vaccine will be delivered in July, meaning the rollout can be ramped up as planned.

There was a danger that the rollout would have to be slowed down or even stopped if vaccine supplies didn’t arrive in time.

Cabinet will make further announcements about the rollout, including how to use the online booking system, on Monday.

Hipkins said the biggest gaps in vaccinations among border workers - who are meant to be at the front of the queue - were at ports.

Meanwhile, the latest SEEK NZ Employment Report shows a record-breaking number of jobs advertised on seek.co.nz for the third month in a row.

Job ads increased by five per cent month-on-month - nearly triple the volume they were this time last year, with listings reaching just under 32,000.

“One year on, we have record-high job ad numbers on seek.co.nz, but there is a notable decrease in applications per job ad,” said SEEK NZ general manager Janet Faulding.