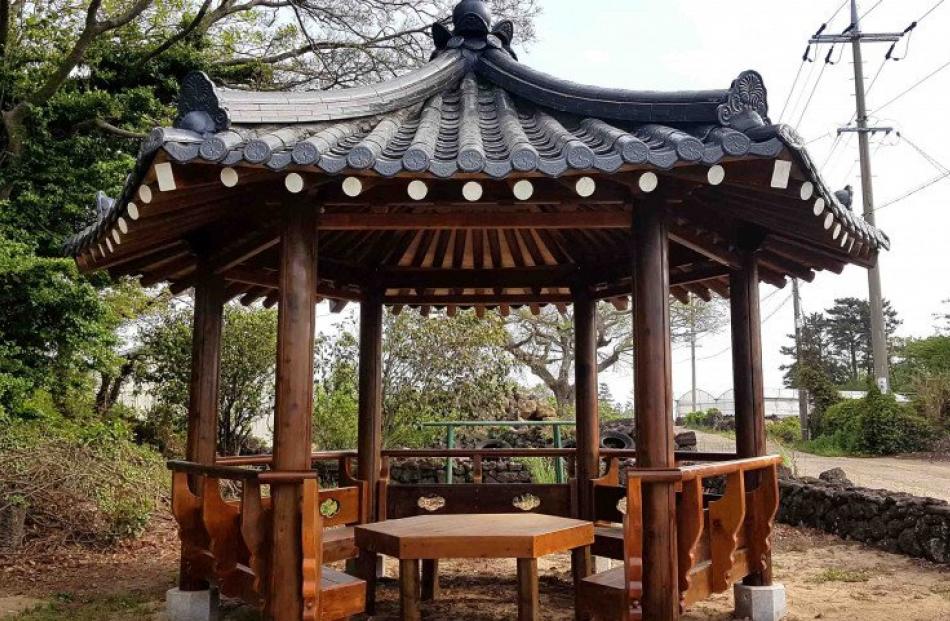 This is what the new pavilion will look like. Photo: Newsline
A Korean roofed pavilion will be built at Halswell Quarry Park to pay tribute to Canterbury's Korean War veterans.

The pavilion - or jeongja - will be located in the Songpa-gu Garden. said Christchurch City Council head of parks Andrew Rutledge.

He said the pavilion materials are being shipped from Busan, Korea. They will arrive at Lyttelton Port then be assembled at the quarry park and placed on the western side of the garden.

The Canterbury Korean War Veterans’ Pavilion should be finished by June. It will join the existing monuments, such as the Korean War memorial bridge and traditional totem poles that are a symbol of the friendship between Christchurch and its sister city Songpa-gu.

The new pavilion will have plaques under the overhang of the roof that name each veteran.

"The jeongja honours the Korean War veterans in Canterbury and their sacrifices made during the Korean War," said Mary Yoon, who is president of the Korean Society of Christchurch and a member of the Christchurch-Songpa-gu Sister City Committee.

"We also commemorate the 60th diplomatic relations anniversary between New Zealand and South Korea and hope to further strengthen the relationship for many years to come."

Songpa-gu Garden is maintained by members of the committee and the Korean community.

Said Rutledge: "It is very well kept and greatly enjoyed by visitors within the wider context of the park.

"This pavilion will form the centrepiece of the garden and further enhance what is an important gathering place for the Korean community."

The Christchurch-Songpa-gu Sister City Committee and the Korean Society of Christchurch are fundraising for the pavilion, which is estimated to cost $110,000.

Along with the new pavilion, an existing pyeong sang or bench will be replaced and new landscaping features added, including rocks lining the stream north of the site and a row of six cherry trees to link the Korean and Japanese gardens.

Cherry trees are a feature around Seokchon Lake in Songpa-gu.

The garden is one of six sister city gardens at Halswell Quarry Park and was opened in 2001.