One of the youngest victims of February 22 quake remembered 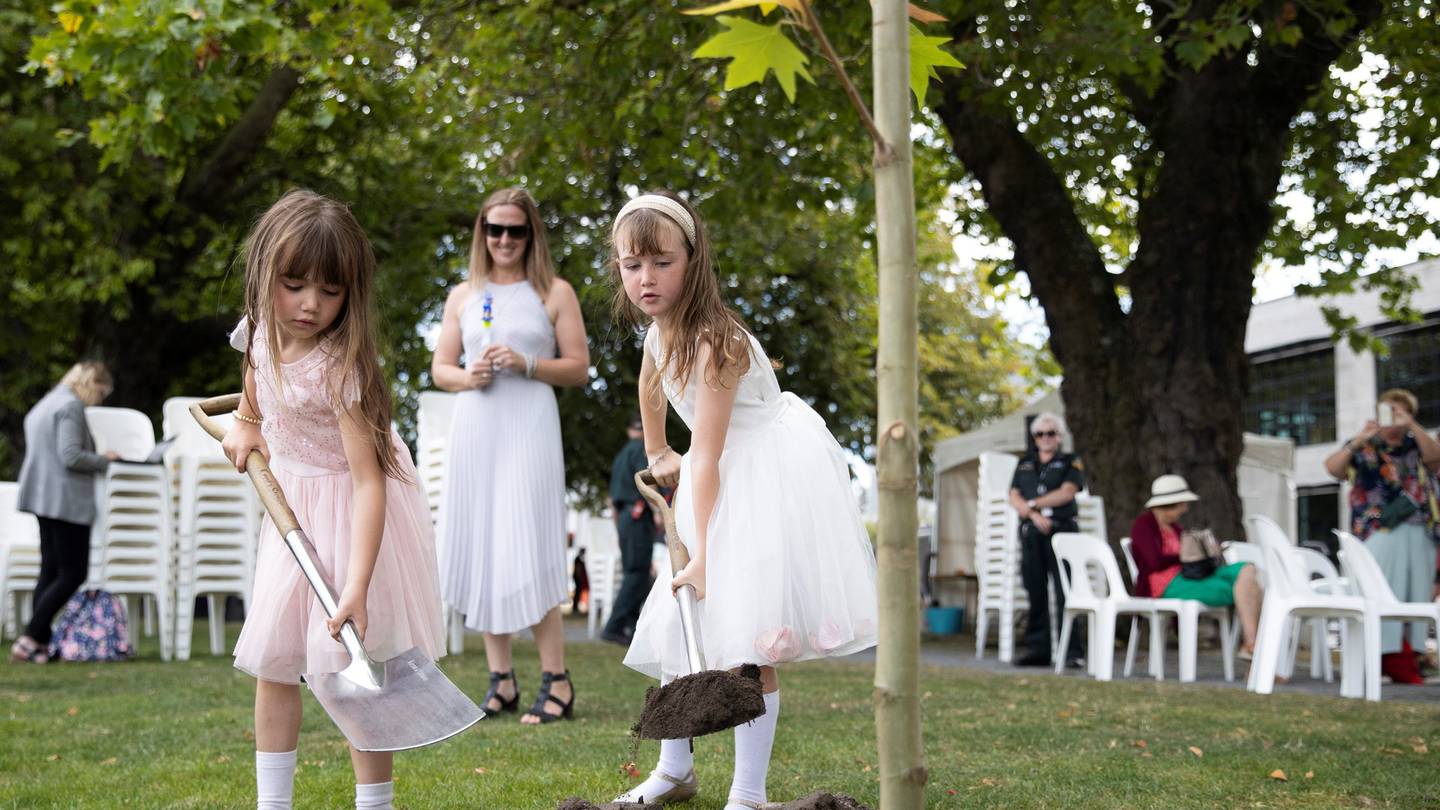 At 5-months-old, he was one of the youngest victims of the deadly Christchurch earthquake that claimed 185 lives 10 years ago.

He was crushed by fallen masonry as he lay sleeping in his cot.

After a moving public anniversary service at Oi Manawai, The Canterbury Earthquake National Memorial, in the heart of the still-recovering city yesterday, Baxtor's family planted a special tree to mark the 10th anniversary of the February 22 quake in 2011.

"There is something symbolic about planting something – a new life," said mum Breanna as she watched her four children – Anahera, 8, Tessa, 7, Britta, 3, and 2-year-old Lennox – scoops spadefuls and handfuls of dirt around the newly-planted plane tree.

They laid flowers beneath Baxtor's name inscribed on the marble memorial wall across from the Avon River this afternoon.

Then, the family crossed the river to plant the tree and remember Baxtor – and the other 184 people who lost their lives.

"We always treat this day with a lot of respect," Breanna said.

"The girls were wanting to be a part of it.

"This memorial is our obviously not-so-nice-a-day but we try and remember [Baxtor] in the nicest way possible."

For her, yesterday was also about remembering the 184 others who lost their lives on February 22, 2011.

"We always treat this day with a lot of respect," she said.

Ten years on from the tragedy, Breanna says she still needs support "and probably always will ... and it is not just me, but countless other people".

And she has been left frustrated at a perceived lack of mental health support on offer in the city.

"Mental health support is very needed in this city and there is a real shortage of that.

Wreaths laid
Prime Minister Jacinda Ardern led tributes to the quake victims and laid a wreath at the memorial wall.

Earlier, Ardern gave a moving address, saying it was a chance to remember those lost, and to "stand with the families, loved ones and friends who grieve them".

"In some respects, 10 years sounds a long time," she said.

"But for many it will feel like just yesterday that Christchurch, and indeed New Zealand, was rocked by the events of February 22."

Sir Bob Parker also made it to the service, despite battling ill health.

A message from Parker, who was mayor during the quakes, was read out by current mayor Lianne Dalziel on his behalf.

"I feel sad and humble, but also very proud to be sitting alongside you as we remember the horror of that dreadful day 10 years ago," he said.