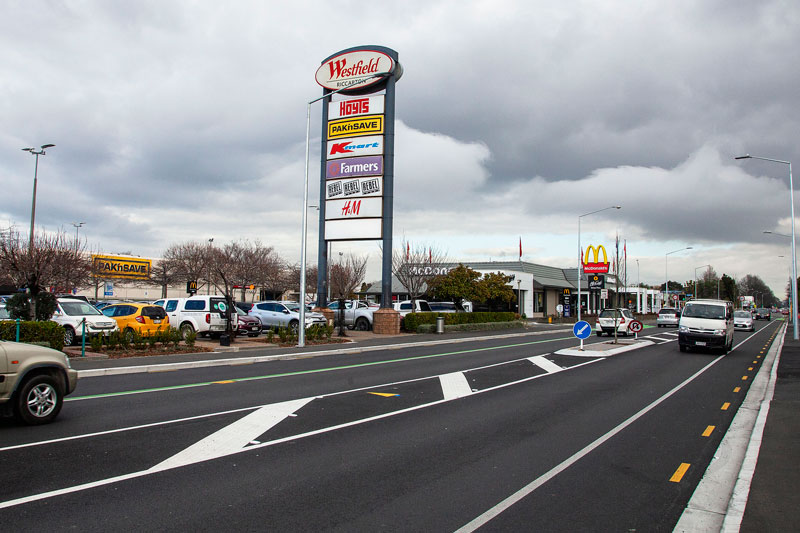 City councillors approved the speed limit reduction in their meeting on Thursday.

Westfield Riccarton and Pak’N Save management alongside McDonald’s franchise owners were concerned the reduced speed limit on Riccarton Rd could deter shoppers from coming into the area.

They believed the change would lead to people thinking it is too much of a “hassle” to get to businesses in the area, altering their shopping behaviour and taking their money elsewhere.

Environment Canterbury also thought the plan could slow down buses and suggested making the whole area 40km/h as opposed to 30km/h.

The city council originally proposed the various speed limit changes after a safety audit found 30km/h to be a more appropriate speed limit for the road after undergoing extensive works which resulted in altered road layout.

It said the decreased speed limit would result in a reduced 10 per cent probability of a fatal or serious injury between a car and pedestrian or cyclist.

Said Acting Mayor Andrew Turner: "In order to improve safety we need a 30km/h speed limit on this stretch of road. Speed determines both the likelihood of a crash occurring and the severity of the outcome. If the speed limit is higher than 30kmh, it is much more likely that somebody will be seriously injured or even killed in a crash and nobody wants to see that happen."

Alongside the change to this section of Riccarton Rd, a 30km/h speed limit in the retail areas of Rotherham and Division Sts will also be put in place after previously possessing a limit of 50km/h.

The entire lengths of Kauri St, Rata St, Rimu St and Titoki St will also be converted to 30km/h zones after having 50km/h speed limits.

The city council has also decided to introduce a 40km/h speed limit on the side streets between Riccarton Road and Riccarton Bush in response to concerns from residents about motorists who use the streets as short cuts.

A total of 119 organisations and individuals made submissions on the proposal, with about two-thirds being in support of the plan.

The Police, Blind and Low Vision New Zealand, and the Disabled Persons Assembly were among the organisations to express their support for a lower speed limit.

Key reasons for support were for the safety of all road users including cyclists and pedestrians not just cars and other motor vehicles.