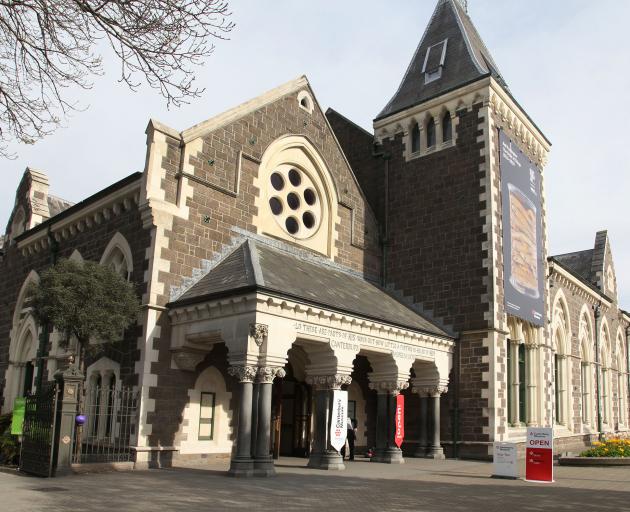 Canterbury Museum. Photo: Geoff Sloan
There is a "dire and urgent" need to redevelop Canterbury Museum, which is why a $200 million proposal should be funded as a 'shovel-ready' project to help stimulate the post-Covid economy, its director says.

The museum has already raised more than half the money it needs. But it will need central government support to get it over the line.

Museum director Anthony Wright told RNZ's Lynn Freeman the museum also wants the public to have a say in the redevelopment, which he says is vital to protect the historic buildings and the more than 2 million objects inside.

"We think we're in a pretty good position to start, but really before we start building - having done enough feasibility work to really be sure we can do the job for $195 million - we really want to go back to the public and start the process of explaining the need for change.

"Some would say we've come through the earthquakes, we were the only central city building to be relatively undamaged ... perhaps everything's alright. I've quietly been saying 'everything's not alright below the surface', for a long time now."

"Is this the time right? There's never a good time. But it's getting to be a dire situation for us; we will face the need for closure or partial closure if we don't do something very soon."

Some of the museum buildings were probably not fit for purpose before the earthquakes, but the earthquakes pushed them beyond their use-by-date, he says. 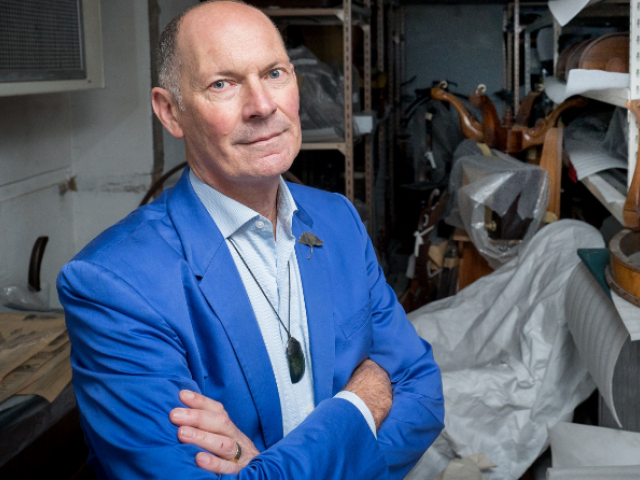 Canterbury Museum director Anthony Wright Photo: RNZ Supplied / Canterbury Museum
"All the structural repairs after the earthquake were done so they're strong enough to stay up, but they're not actually weather-proof. The micro-cracks fill up with water and the building leaks. The microcracks let pests in, and pests are an anathema to museum collections - all the organic ones are able to be gobbled up.

"The staff do their level best, but we're having outbreaks of pest infestations on a far too regular basis, and we're in damage-control mode. It's decades and decades of neglect, and underfunding ... it's come to a head ... we've got to a point now where we're really at crunch time and have to do something about it."

In some cases precious taonga has deteriorated because of the conditions, he says.

"It's probably not noticeable to the naked eye, but it doesn't alter the fact that we, under our act of parliament, are responsible for caring for these taonga for the public for all time.

"And any degredation - if it's sped up is really bad, becuase it means that 'for all time' is going to be shorter rather than longer."

The central areas of the museum which the public currently has access to are in the best condition, though still not ideal, Wright says. But for work to be carried out they may need to be closed to allow the rest of the collection to be stored there.

It is also hoped more display areas could be created, to allow more of the museum's collection to be displayed at any one time. About 1 percent of the museum's collection is able to be displayed with the current facilities. The aim is to have about 5 percent on public display, and to have capacity for more flexibility to turn the displays over more often than the older formal galleries allow. 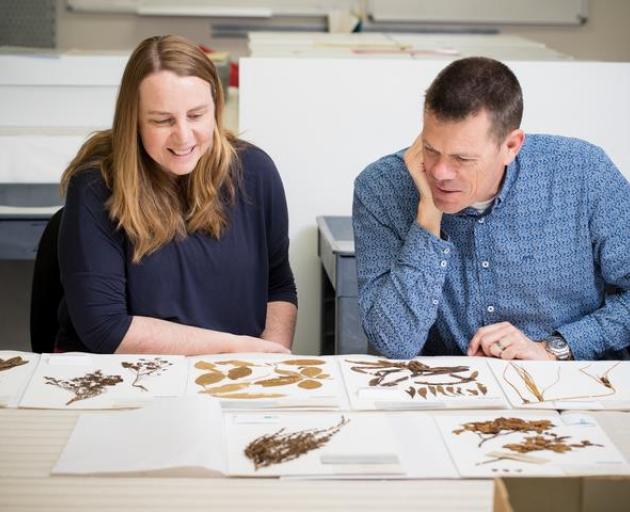 Curators Emma Brooks and Cor Vink in 2019 with some of Canterbury Museum's 250-year-old plant specimens. Photo: RNZ Supplied / Canterbury Museum
Wright told RNZ the redevelopment has already been successfully passed through initial stages of consideration by the crown infrastructure partners deciding which post-Covid projects are funded.

"We know we have got through to the later stage where we are on the very long short- list that is going to ministers for consideration, so we hope very much that we will find some funding to make a start on this."

He believes the project would be ready to go within 12 months of the funding being allocated, and that around 2000 jobs could be created, 850 of which would be in Christchurch.

Through the Covid shutdown the museum continued to receive funding from local government levies, and was able to keep all its staff on.

If funding is not granted, Wright said the museum could be forced to begin "shrinking back" with closures of some type beginning within one or two years.

"But I'm an optimist that we can make a very good case and I believe we'll get strong public support," he says. "And it may be that private enterprise and philanthropy will see the plight and help us on our way as well."