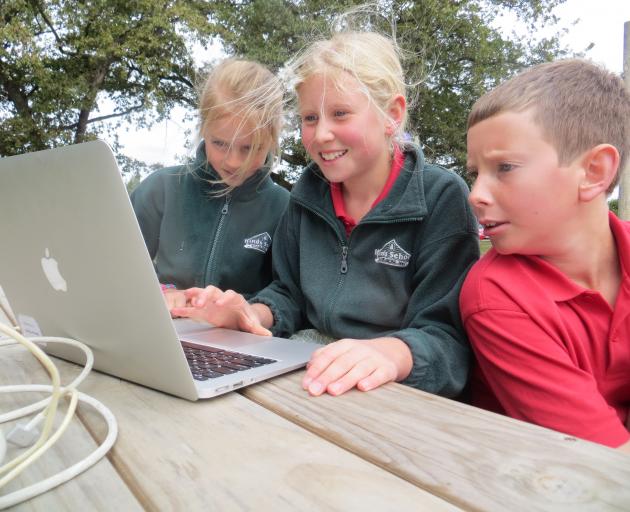 Hinds School pupils (from left) Kate Sheppard, Alison Harbutt and Morgan Harbutt take the AgriKids online quiz hoping to make it to the Face-Off regional final online.
Hinds School pupils were among the hundreds of children region-wide to be affected by the cancellation of the Methven A&P show.

The show was due to host the Aorangi regional final for the Young Farmer of the Year, which also includes the AgriKids and Junior Young Farmers competitions from around the district.

A dozen schools from the Aorangi region, including eight from Mid Canterbury and Geraldine, each had multiple teams participating in the AgriKids event. There were multiple teams in the Junior Young Farmers.

They were notified mid-Tuesday morning of a change in format to an online quiz and some were scrambling to complete their entries by the cut-off today.

Hinds School had an impressive 30 children entered across 10 teams.

Watched by teacher Sonya Hurst, the Hinds pupils – in teams of three – completed the quiz under time pressure. They had eight minutes before incurring point penalites. The pupils have had training time with parents giving up their time to help them get up to speed with aspects of farming covered in past events. They included drenching knowledge, animal husbandry, crops and pasture types.

At least half the pupils were involved in AgriKids last year so were building on their knowledge.

The best team from each school, with an additional two teams region wide with best overall rankings, will go on to take part in an online Face-Off event, an online live quiz competition, tomorrow afternoon. 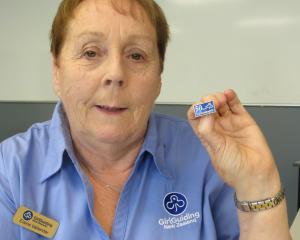