By Susan Sandys
0 Comments
Miriam Dobson and her golden retriever Jaunty are basking in the glow of victory after being named New Zealand Rally-O Grand Champion.

Miriam, 84, is believed to be the oldest person in the country to have attained grand champion status in the discipline. 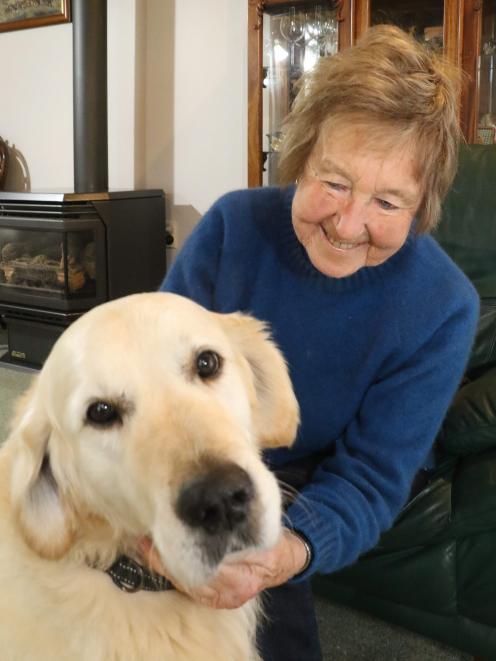 Jaunty the golden retriever did everything right at the latest Rally-O championship in Mid-Canterbury, and now he and his owner Miriam Dobson are basking in the glow of victory. Photo: Star Media
Rally-O is a mix between agility and obedience which test dogs’ and handlers’ capabilities to perform a series of different exercises.

Part of the contest includes combinations of turns, presents, finishes, changes of position, heeling around cones, halts, stays and jumps.

Miriam, who lives in Rolleston, said Jaunty’s good temperament had helped him put in a winning performance, as the pair ticked off the last of the required 50 double qualifying rounds while at the Rally-O championship trial hosted by Mid Canterbury Dog Training Club last week.

“It is not necessarily the most intelligent who win, it’s the dog that has the will to please, and a lot of people don’t realise that,” Miriam said.

Miriam had herself had a part to play in Jaunty’s enthusiastic nature, having bred golden retrievers in the past. 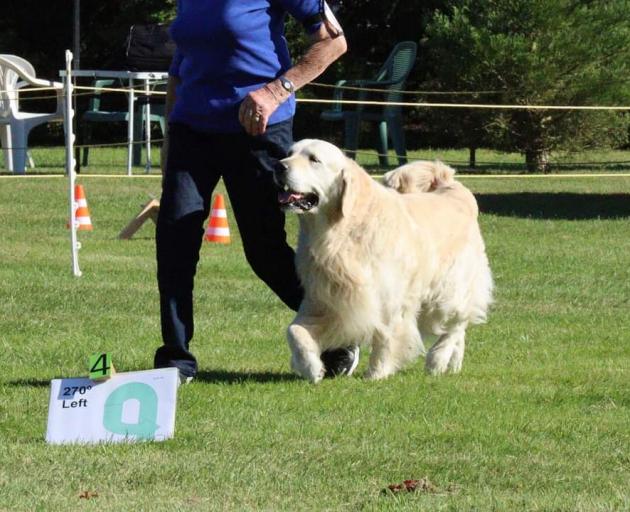 Jaunty on the course. Photo: Supplied
Jaunty was descended directly from a bitch she first bred from in 1969.

“Temperament is the most important thing, and I have always bred for that,” Miriam said.

“Jaunty is a useless guard dog, but you can trust him with anyone. He loves everybody, everybody is his friend.”

Miriam has been a member of the Selwyn Dog Training Club for about 10 years.

She was a foundation member of the Southern Golden Retriever Club, and taught and competed in obedience for many years.

“What keeps me going in this sport is the attitude of the people, fellow competitors, the encouragement, the camaraderie, they are just a wonderful bunch of people.”

Dogs New Zealand director secretary Steven Thompson said the organisation did not keep age statistics of members, but believed Miriam was the oldest ever to achieve the Rally-O title.