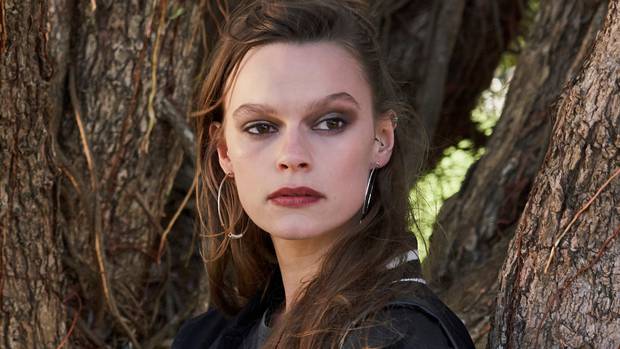 Filming The Sounds at the end of 2019 now feels like a surreal process for the young actress, whose life has since changed drastically with the arrival of Covid-19 to our shores.

She had moved to Sydney at the beginning of this year to establish an acting base, but had to come home quickly when the borders closed. Also qualified as a personal trainer, Thomas was working as a fitness instructor at Les Mills, but when the gyms were closed during lockdown, her work dried up. Her partner was one of the 300 international pilots Air New Zealand let go earlier in the year. 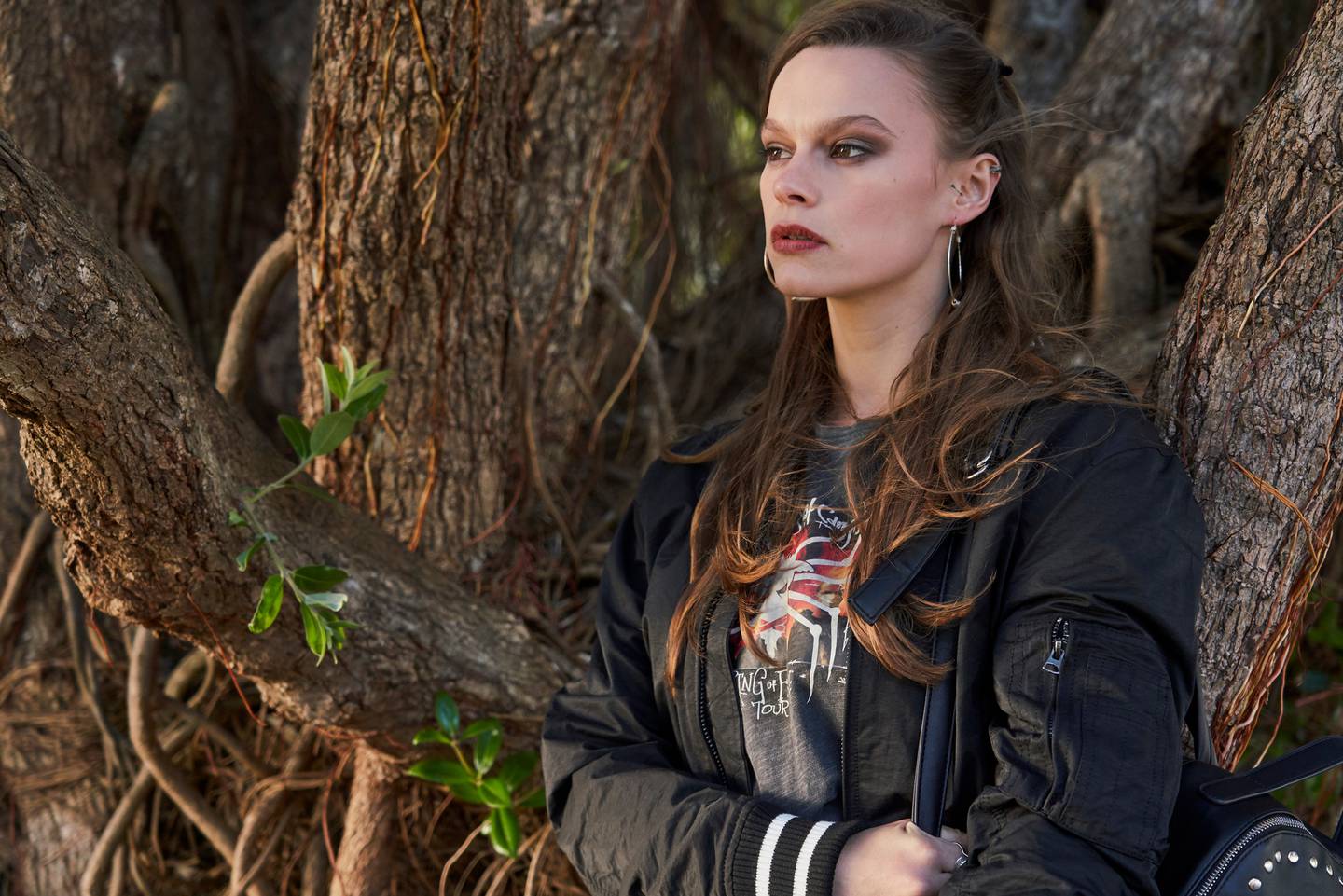 Anna-Maree Thomas is excited about the opportunities that may come from The Sounds. Photo: Supplied via NZH
The couple have since moved back to Christchurch and are helping to rear calves on the family farm, a slightly different way of life than a year ago.

"It's been a bit of a crazy year – for everyone – but definitely for myself and my partner," she says. "Moving back to Christchurch wasn't initially on the agenda but we have all had to adapt our plans in 2020. It's definitely a bit of a change of scenery - things are a bit more simple out here and I'm very grateful for being able to see my family every day," Thomas tells Spy.

She has starred in indie movies Hibiscus & Ruthless and Vermilion since graduating from Unitec with a Performing and Screen Arts degree and has also had a role in The Brokenwood Mysteries, but The Sounds stands out as a key role for her so far.

While she will watch from the family farm, Thomas is very excited that this series will be seen by such a broad and diverse audience.

The taut thriller, created by Kiwi author Sarah-Kate Lynch, is set against the stunning backdrop of New Zealand's Marlborough Sounds and will debut on Sky's Neon platform, as well as also being set to launch on Acorn TV in America and the Canadian Broadcasting Company, showcasing our country and talent both in front of and behind the camera, to an audience that will expand into the millions.

"Who knows what type of opportunities might come from having the show screen internationally?" Thomas says. "At the very least it will highlight the fact that we have the skills and the capabilities to create world-class television shows that speak to audiences everywhere." 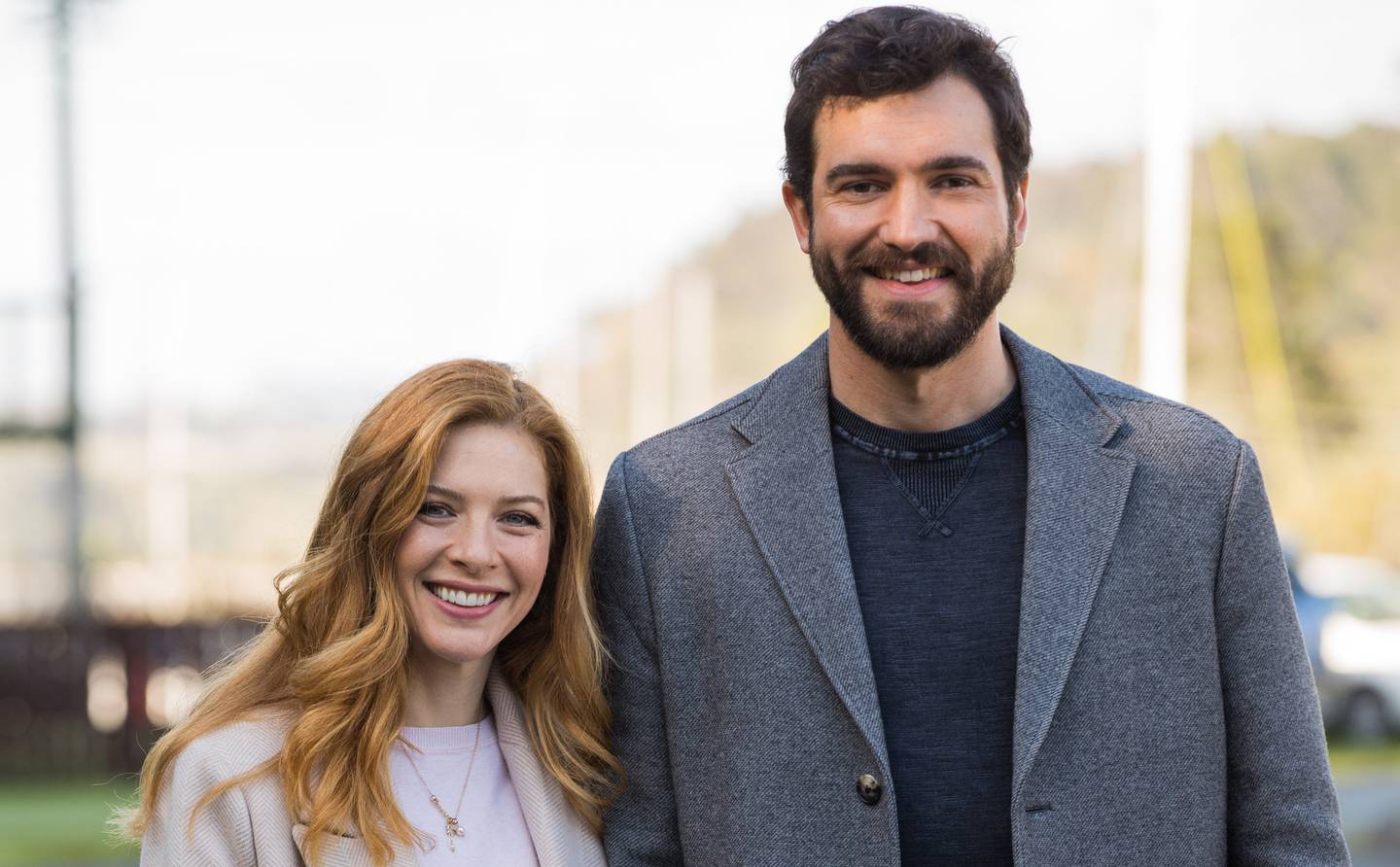 Like Thomas, Whelan has also had to change his plans this year due to the madness of the pandemic. Initially scheduled to head back to America for work, he is now residing in New Plymouth where he owns a house and is enjoying the quieter lifestyle down that way while he can. The actor says the viewers will not see the twists and turns in the series.

Meanwhile, Lefevre is desperately keen to get the opportunity to return to New Zealand from Canada.

"I wish I was relocating to New Zealand," she says.

" I wish that I could work full-time on something where I could just up and pack my life and come here. I'm absolutely in love with it."