Beanies could be swapped for sunhats by the weekend, as weather in the South Island looks set to take a marked turn for the better.

After two days of heavy snow in the lower South Island, forecasters said yesterday the worst was over.

Kaka Point resident Hayden Campbell has the beach and waves to himself as he heads out for a surf during yesterday’s snowstorms. PHOTOS: STEPHEN JAQUIERY

The going should be easier for southerners today after plummeting temperatures and snowstorms brought chaos to work and travel plans yesterda.

Snow was heavy at times in Dunedin, even settling on some of the city’s beaches.

Several southern highways were closed yesterday, and the NZ Transport Agency posted cautions for many others.

The Clutha District Council said snow settled to low levels across its network.

Near Queenstown, the Crown Range Rd was closed, first due to snow, and later following a crash.

Most roads were expected to be open by this morning, as conditions improved late yesterday.

Temperatures were expected to increase, reaching weekend highs of 21 deg C in Christchurch, 22 deg C in Dunedin and Oamaru, 21 deg C in Alexandra and 20 deg C in Wanaka. 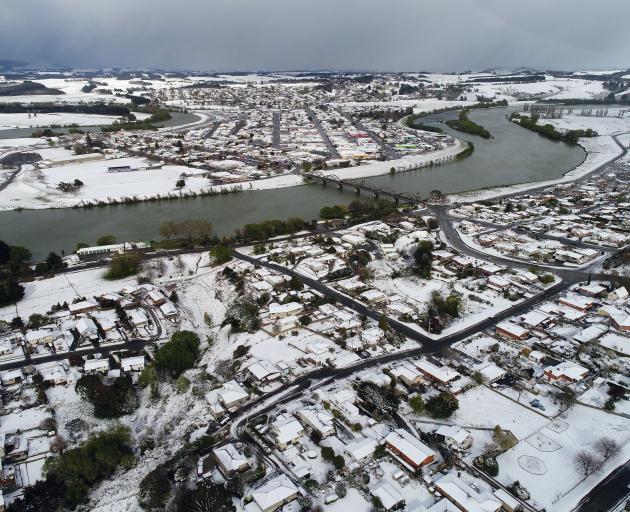 Such balmy temperatures were wishful thinking for drivers stuck in near-blizzard conditions in South Otago yesterday.

Police and the Clutha District Council contractors worked to move stranded trucks from about 10am to 11am, during which time other traffic was asked to remain in place.

The highway was reopened shortly afterwards.

Emergency services were called to a crash on the Owaka Highway at Ahuriri Flat about 2.30pm. 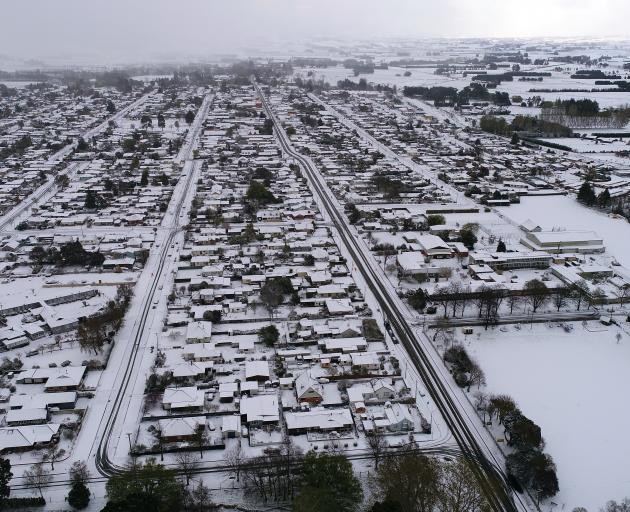 One passenger had moderate injuries.

Others avoided the roads altogether, instead heading for their local beach.

Kaka Point surfer Hayden Campbell said he had a snow-covered beach to himself yesterday morning.

The snow was the heaviest he had seen at his home.

Snow combined with high winds left many farmers concerned for stock, as spring lambs had their first real brush with Jack Frost. 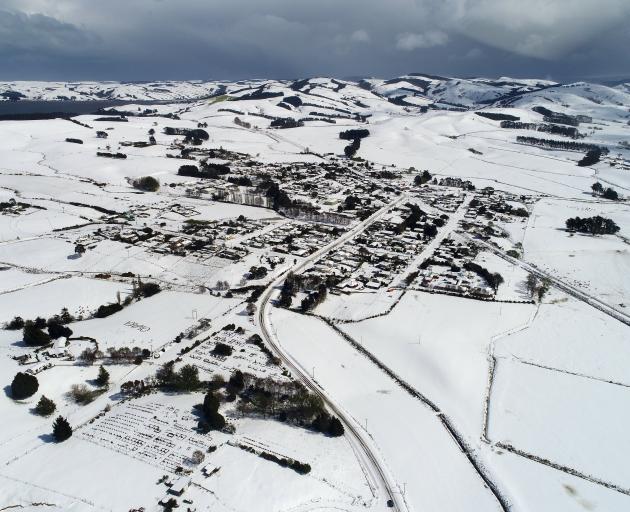 Milton sheep and beef farmer Nigel Woodhead told RNZ the snow depth on his farm had doubled overnight on Monday.

"For us, that’s a big snowfall any time of the year, so to have it [now] is not good.

"It’ll cause some problems ... There would’ve been a few lambs fallen overnight and unless they were in good shelter ... I daresay they were [killed] unfortunately."

Although this may have been unwelcome for the region’s vineyards and orchards.

Estate owner Graeme McDowell said the temperature dropped to -2.8degC at 7am yesterday, leaving vines icicle-bound until about 4pm.

But the late-season snowfall also means an unexpected bonus for skiers, after Coronet Peak announced a special single-morning reopening today.

NZSki communications and media relations manager Libby Baron said season pass holders only could head up to the fields between 9am and 11am for a final session.

The Remarkables Ski Area will close on October 11, and Cardrona Alpine Resort in Wanaka will be the last Otago skifield to close, a week later.