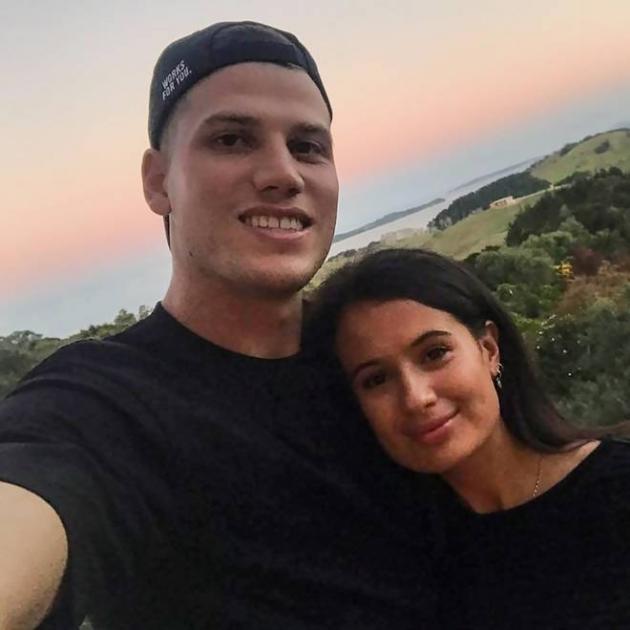 Tim Rogers with his partner Chantelle Pulevaka. Photo: Supplied
A former University of Otago student has died after falling off a handrail at Auckland's Viaduct Basin.

Tim Rogers, 24, had his life support switched off by his family at Auckland City Hospital. His last act was to have his organs donated to 10 strangers.

"Whoever has his heart will have the biggest heart," his mother Jenny Rogers told the New Zealand Herald yesterday.

The grieving family want safety improvements at the site where he died.

Mr Rogers had been out with two friends at a Waitangi Day concert when he decided to head to the Viaduct afterwards - he had the next day off.

Around 11.30pm, CCTV security footage shows him stopping briefly in front of a barrier.

Tim's family have watched the heartbreaking footage of his fall. They believe he had paused to find a spot to sit down to order an Uber to get home to Mt Wellington.

He failed to get on to the railing the first time, and when he tried to push himself up a second time, he lost his balance and fell backwards before somersaulting and striking his head on a ledge and pontoon below.

Jenny Rogers said she received a late-night call from a nurse in the hospital's emergency department. Hers was the first number that popped up when medics retrieved his phone.

"We were told that he'd been in an accident and had critical injuries," Jenny said.

Police have now begun an inquiry and have referred the matter to the Coroner.

Mr Rogers studied accounting and finance at Otago, and while in Dunedin he started a tuk-tuk business, transporting students to and from the Octagon and North Dunedin at weekends.

At the family home in Martins Bay, photos of a handsome young man stand proudly in the living room and on a large collage upstairs.

Several of them show Tim with his older siblings, twin sisters Emma and Gabrielle and brothers Dan and Mike. It was a tradition that a new photo of the siblings be taken together as a group every Christmas Day.

His girlfriend of two years, Chantelle Pulevaka, has tears in her eyes and offers a sad smile.

Mere hours after getting the news their son had been severely injured - and then told there was no chance of saving him - the Rogers family were faced with an overwhelming decision.

Medical staff approached them to ask whether they would consider donating Tim's organs.

"I said no straight away," his mother says.

"He's my baby. He'd already gone through something traumatic, I didn't want him to go through anything more."

It would be his siblings who would eventually convince their mum that this is what their brother would have wanted - as well as a chance conversation with his father just a couple of months ago. 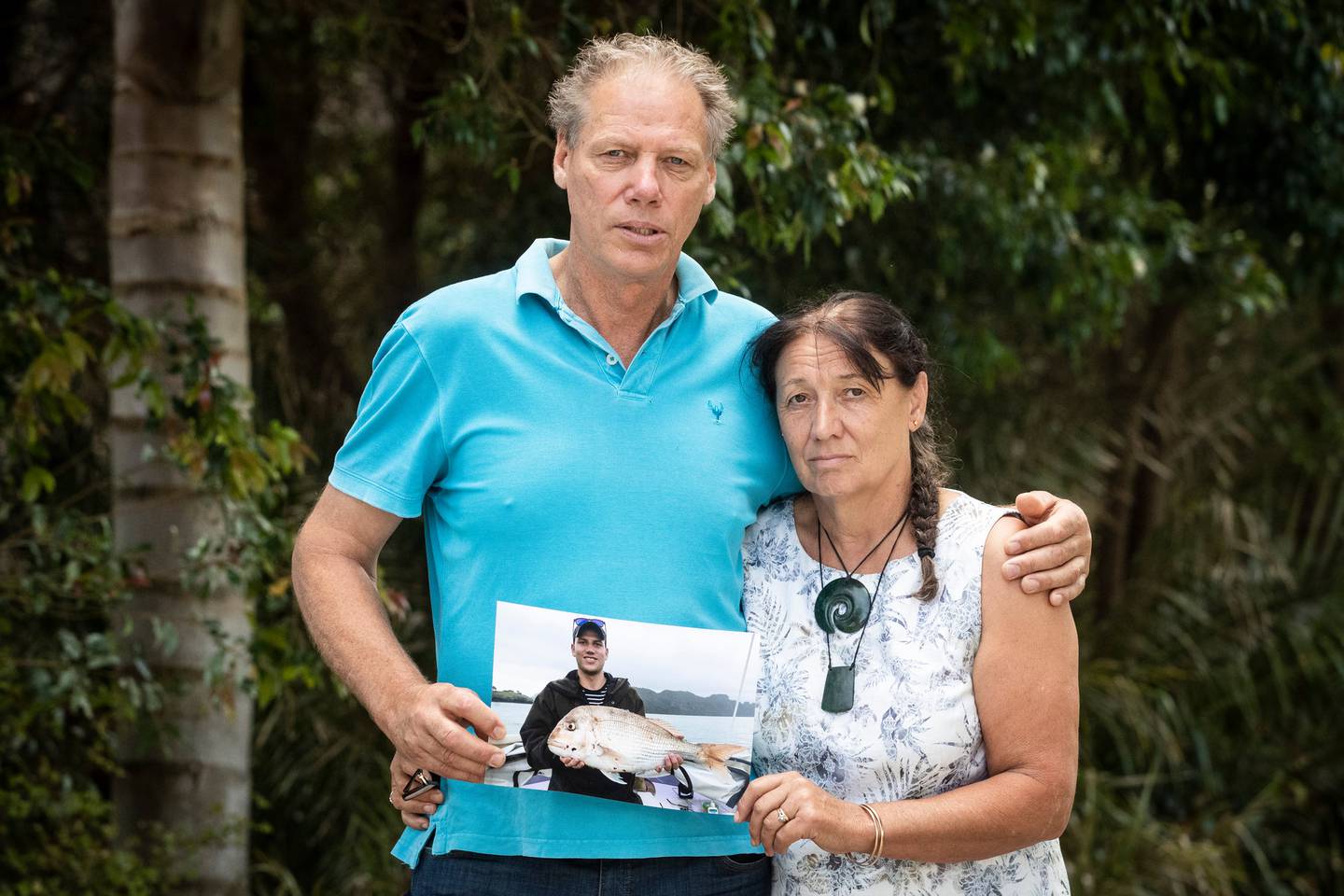 Kerry and Jenny Rogers hold a photograph of Tim, who died hours after a fall at Auckland's Viaduct. Photo: NZ Herald
Dad Kerry said: "He made the comment that if you don't donate your organs, you must be a selfish person, because why wouldn't you help someone if you could?"

Mum Jenny said she only found out about her son's wishes after the accident.

"It was difficult. I spoke with a kaumātua [at the hospital] about it and they let me know that it was okay.

"As a mother, you don't want that. It's about being protective of his whole and full life."

But Tim's life will go on to affect many others through his donated organs.

"Whoever has his heart will have the biggest heart. He was generous, kind, very loving, loved children and was polite," said Jenny.

"He had that kind of relationship with everyone."

Tim's funeral service alone was a visible testament of the love people had for him, with up to 800 people turning up and a stirring haka being performed.

"It took us two days to find a venue big enough," his father said.

The only venue that could cater for so many people was one where only the likes of All Black great Jonah Lomu have been farewelled - Eden Park.

Because of what happened to Tim, the family are calling on authorities to make changes on railing bars down at the Viaduct, to prevent another similar accident. 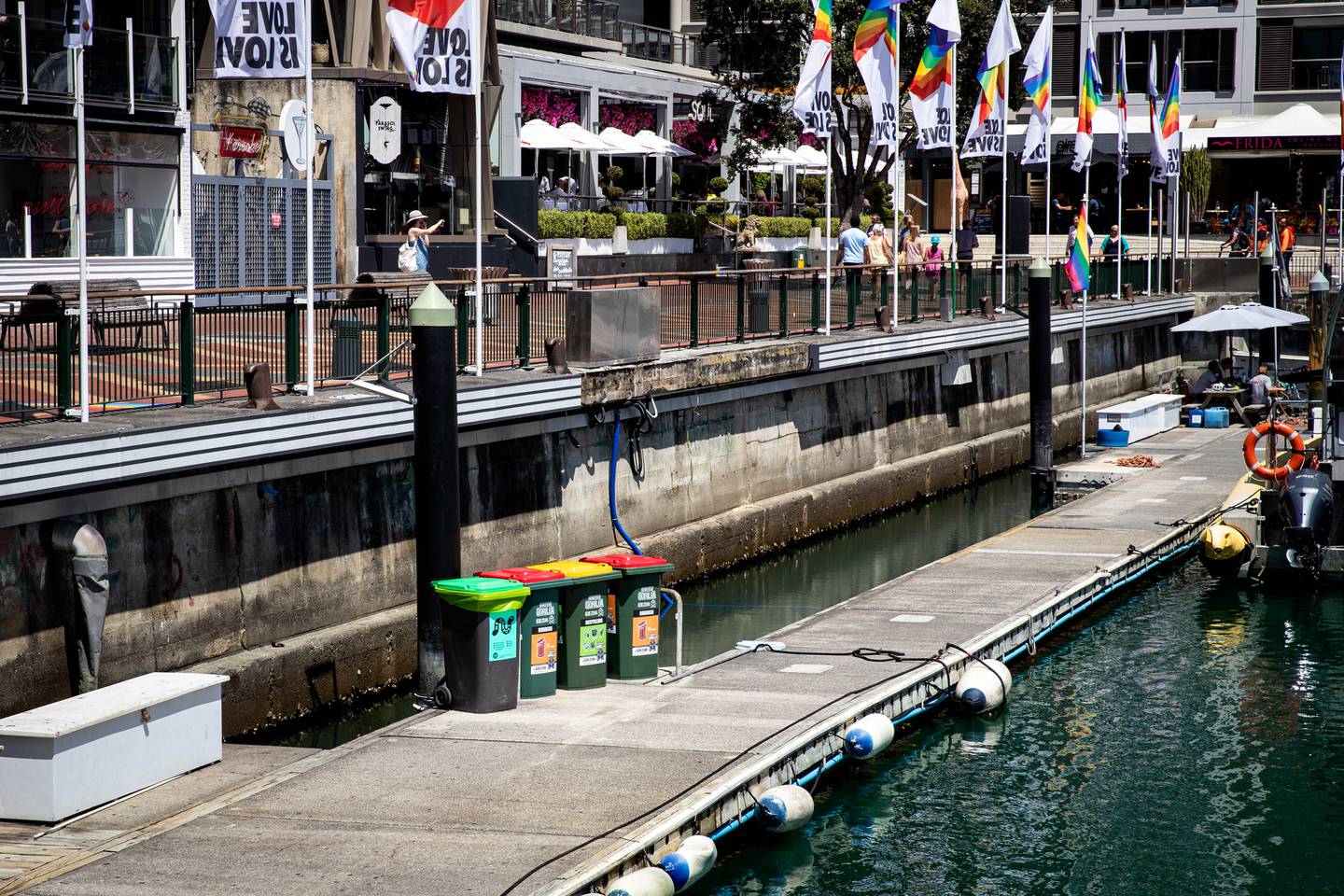 The area where Tim Rogers fell at Auckland's Viaduct on Waitangi Day. Photo: NZ Herald
They believe because the railing was wide and flat, members of the public could think it was a seat and try to sit on it.

More seating should be made available in the area too, the family said, given there are bars and sometimes intoxicated people around.

Recommendations the family put forward include having a safety net installed behind the barriers or making the railing bars pointed, rather than flat.

Tim's whānau, of Ngāi Tahu lineage, have also decided to start a charity in honour of their son and brother.

It will aim to raise awareness of the importance and value of organ donation and with a specific point about offering cultural support and discussion with diverse communities, including Māori, that sometimes find the issue a taboo subject to even talk about.

The charity will be called Don't Waste the Day - based on the last conversation he and his brother Dan had hours before the accident.

The brothers had been working at Tim's house and said those words as he left.

"It's about not wasting a day of your life," Jenny says.

"Do the best you can, always, because time is precious."