Police to be issued tourniquets as risk of frontline danger rises 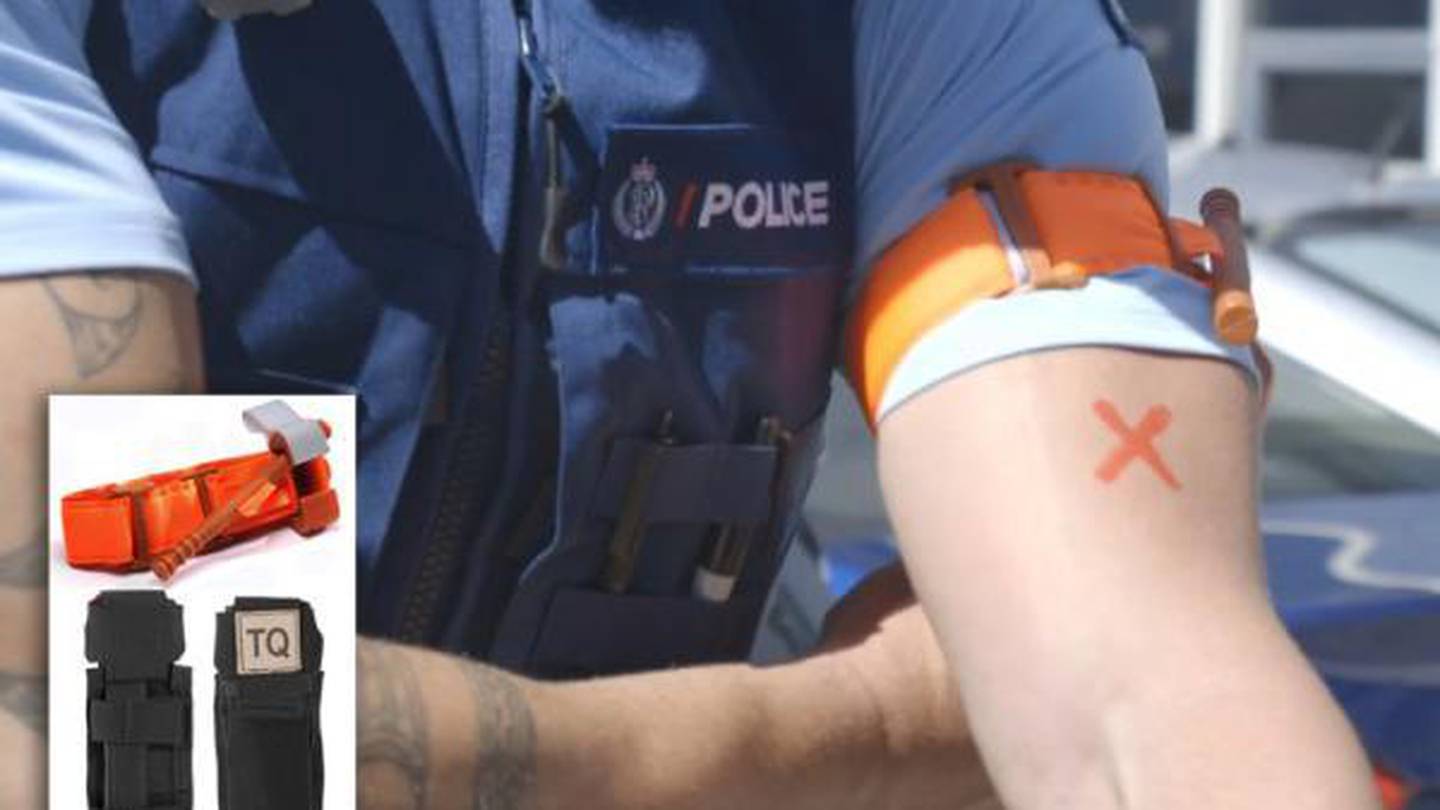 The police issued tourniquets. Photo: Supplied
All police in New Zealand will be issued with personal tourniquets as the risk of frontline danger - including shootings and stabbings - increases.

Sources confirmed on Monday that while tourniquets - used to stem significant blood flow from a wound - have been available in medical kits in all patrol cars, they will now be given to all officers.

One source confirmed the equipment was being provided in response to an increase in the number of firearms incidents police are confronted with - effectively a daily occurrence.

Another said staff have been told the tourniquets would be carried "to keep us safe".

When asked for information on the rollout, police released a statement to all media.

"When a Waikato constable recently suffered a gashed artery from a broken glass doorpane, his colleague was able to use a tourniquet from their car's first aid kit to stem the potentially deadly bleeding," said the statement.

"Now this simple life-saving measure will be even more easily accessible with the rollout of personal-issue tourniquets and trauma bandages to Level 1 responders.

"The tourniquet comes in a pouch which can be attached to an officer's uniform or utility belt, so it can be kept close to hand at all times. It can be used by staff on others or on themselves."

He said the trauma bandage is an added tool that can be applied – but it is not a requirement when using the tourniquet.

Feedback from frontline staff indicated the tourniquets would be a safety enhancement for both staff and the communities they serve.

Director of road policing Superintendent Steve Greally said "a lot of serious bleeds happen on our road. This will save lives, when you consider how often our people are the first at a crash scene," he said.

"It will contribute to our goals of Safe Roads and Safe Communities and align with the Government's Road to Zero strategy."

The rollout to districts is already under way with delivery of tourniquets and pouches, with an accompanying trauma bandage, for distribution to Level 1 responders.

"Tourniquets have been in car first aid kits for some time and this won't change - but if our people also carry one it means they're available when they can't quickly get to the car, which might be the case if they're injured," Marsh said.