Austin back for Canty Bulls after duty with Canada 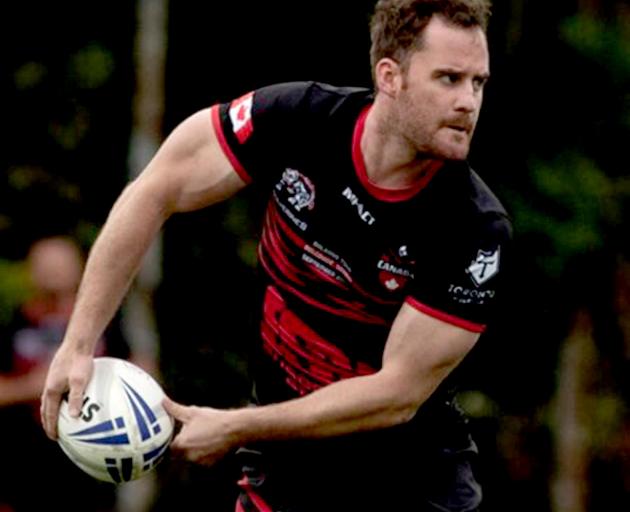 The 28-year-old hooker/half has never stepped foot in Canada, but due to his grandmother being born there, was given the opportunity to represent the country at test level during their tour of Serbia. He helped

Canada to wins over Bosnia and Herzegovina 78-2 and Serbia select team 54-6. However, they lost their last match to Serbia’s full strength side 8-36 at the weekend.

For many of the team it was their first time playing together in Serbia. However, with two trainings a day and the average cost of a beer in Belgrade pubs the equivalent of around NZ$3 he says the team didn’t have any issues quickly building chemistry on and off the field.

Canada are currently ranked 21st in the world, two spots below Serbia. Austin says the Serbians play a physical brand of league and concentrate on play through the middle. The matches in Belgrade also featured something Austin isn’t used to seeing at home, with rugby posts erected just in front of the ground’s permanent football goals.

“Their sport is soccer for sure. It was a makeshift sort of a field which is fine, you just make do with what you have,” said Austin.

Austin – who plays his club league for Halswell – then faced a long trip home to Christchurch before turning out at Bulls training as they prepare for a crucial last round match against Akarana on Sunday, in spite of severe jet lag.

“That was probably the best thing for it to be honest,” said Austin.

The Canterbury Bulls are unbeaten coming into Sunday’s final round NZRL premiership match against Counties Manukau, but they know the job isn’t done yet to make next weekend’s final.

The situation coming into the Bulls first ever premiership match at Nga Puna Wai is eerily similar to last year which saw them miss out on a finals appearance. Last year the Bulls came into the third and final round on the back of two wins. However, a 14-34 loss to Akarana meant they missed out on a play-off berth by eight points on differential.

The Bulls currently lead the competition as the only unbeaten team with a plus/minus points differetial of 50. Meanwhile, Counties and Akarana both have one win and one loss with points differentials of 34 and two respectively. This means if the Bulls lose they can still make their first final since 2015 if they lose to Counties by less than eight points or if Akarana fail to pile on the points against Waikato on Saturday.

Austin has stayed up to date with the Bulls wins over Akarana and Waikato while he was in Serbia. While he’s only likely to be required as injury cover says he will be ready if called upon.

“I want to remain an option. . . I’ll be ready if an opportunity comes and I hope it does,’ he said.

Bulls coach Andrew Auimatagi says Austin’s ability to cover both hooker and half will put him in the conversation for the Bulls reserves bench for Sunday when the side is named later this week.

“He’s a pretty awesome team person. He just loves being part of it all. It’s a pretty big ask getting off a plane and coming straight to training, but that’s the kind of guy he is,” said Bulls coach Andrew