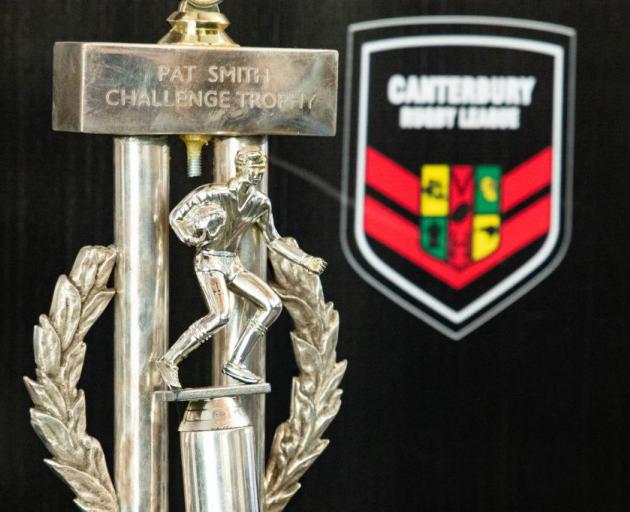 The Pat Smith Trophy. Photo: CRL
The Pat Smith Trophy has been Canterbury Rugby League’s ultimate prize for more than half a century, awarded to the winning side in each year’s grand final since a playoffs system replaced the first-past-the-post format to decide the premiership in 1967. 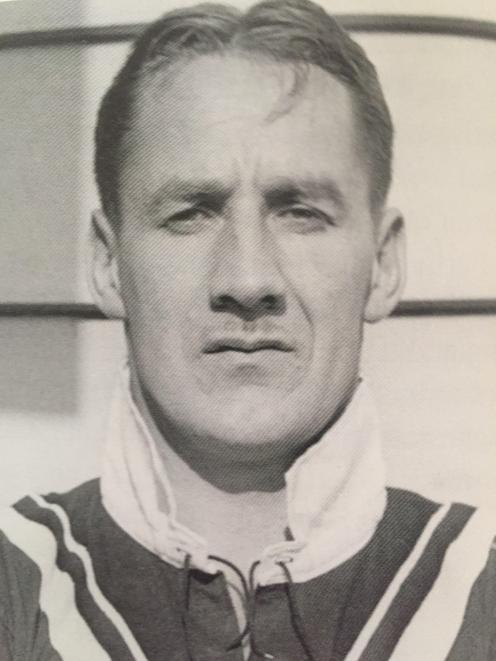 Hornby defeated Addington 17-10 in the inaugural 1967 grand final at Addington Show Grounds (later known as Rugby League Park) – the first of a record 15 Pat Smith Trophy titles for the club.

The 1970s belonged to Papanui. The black-and-golds played in eight straight grand finals, winning seven (1971-74 and 1976-78 – Eastern Suburbs took out the title in 1975) under the direction of player-coaches Gary Clarke and Rodney Walker either side of Trevor Bisman’s two-premiership stint as non-playing mentor.

But it was Halswell who grappled with Hornby for CRL premiership supremacy for the next two decades. From 1983-2003, just three of 21 grand finals did not feature either of the neighbouring clubs. The Panthers and Hornets both won eight titles during that period and faced one another in nine deciders – including four straight from 1984-87.

Phil Bancroft field goals snatched nerve-shredding one-point triumphs for Halswell in the 1985 and ’87 grand finals. The Hornets prevailed in yet another grand final Day nail-biter in 1995, Glenn Coughlan’s try with two minutes left lifting them to a 20-19 win over a Keas side featuring in their first decider in 21 years.

Addington lifted the Pat Smith Trophy for the last time in 1989. The Magpies defeated Marist-Western Suburbs, a club appearing in its seventh and last grand final – for seven losses. Sydenham, winless in four grand final appearances, lost their last decider to Papanui in 1992.

But after going down to the Whittaker-led Knights again two years later, the Keas took ownership of both records with a 66-10 demolition of the Panthers in the 2005 grand final. The stunning result snapped a 35-year title drought for Linwood but was the first of seven premierships the club has won in the past 16 seasons. This Sunday represents the Keas’ 14th grand final appearance in the past 20 seasons.

Kaiapoi (now Northern Bulldogs) won its sole grand final – a memorable 28-14 defeat of Linwood – in 2007, before Hornby and Halswell resumed their domination of the competition. The clubs won all six premierships (Panthers won four, Hornets two) between them from 2009-14.

A Corey Lawrie field goal proved the difference in Hornby’s 19-18 win over Halswell in the 2012 grand final, while the Panthers prevailed 22-20 in extra-time against the Hornets in the 2013 decider. The Hornets’ last grand final win to date was another thriller, edging Celebration Lions – featuring in their second and most recent grand final – 28-24 via Brendon Tusa’s late try in 2014.

The string of grand final barnburners continued in 2015, Papanui ending a 17-year drought with a 20-14 extra-time triumph against Linwood, the Tigers’ 11th grand final win (second only to the Panthers).

Addington Show Grounds/Rugby League Park hosted every CRL premiership grand final from 1967 to 2010, and again in 2015-16 after playing three deciders at Denton Oval and one at Rugby Park in the wake of the Christchurch earthquakes.

Adverse weather throughout the 2017 winter necessitated a shift to Linfield Park for that year’s decider, before returning to Rugby League Park for an unforgettable farewell grand final Day in 2018 ahead of the code’s shift to its new base at Ngā Puna Wai. Linwood outlasted Papanui 38-33 in an absolute classic CRL Women’s grand final, before the Kea’s men’s team made it three in a row with an epic 20-16 comeback win over the heartbroken Panthers – a fitting send-off for rugby league’s spiritual home in Canterbury.

The first-class facilities at Ngā Puna Wai allowed Canterbury Rugby League to stage its Canterbury Cup Premier Reserves, Women’s Premiership and Men’s Premiership grand finals on the same day at the same venue from 2019. Linwood and Hornby squared off for the Pat Smith Trophy for the fourth successive year, the Keas again claiming the spoils 28-12.

Northern Bulldogs returned to the grand final arena in 2020 – a season delayed, truncated and significantly affected by COVID-19. Linwood Keas extended their run to an unprecedented five straight premierships, but only after rallying from 10 points down to beat the gallant Bulldogs 16-10 in a timeless decider. Veteran Keas prop Alex Todd won the Mel Cooke Trophy for the third time as the most valuable player of the grand final.