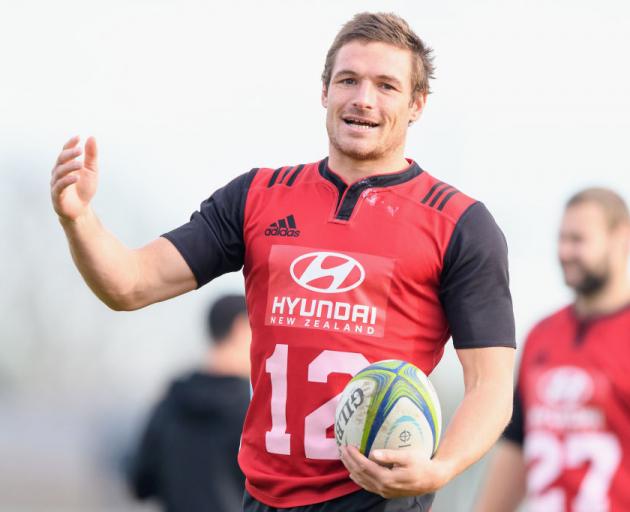 George Bridge. Photo: Getty Images
It is men's health week and mental health continues to be a focus as the country tries to tackle appalling rates of suicide and smash the stigmas attached to mental illness.

Athletes are playing a significant role, with many high profile stars opening up on their own struggles and encouraging others to ask for help.

All Blacks backs George Bridge, Anton Lienert-Brown and Rieko Ioane spoke to RNZ about the challenges they've faced and the tools they use to keep their minds healthy.

The All Blacks were visibly upset after being dumped out of last year's World Cup, and Crusaders wing George Bridge turned to familiar faces to help him through.

"Stuff like that can impact your life hugely. I've been pretty fortunate to have a really good group of people I've had around me since day one," he said.

"My brothers, my mum and dad and I've got my best mate living in Auckland. They're people I can talk to about anything and everything and let it out." 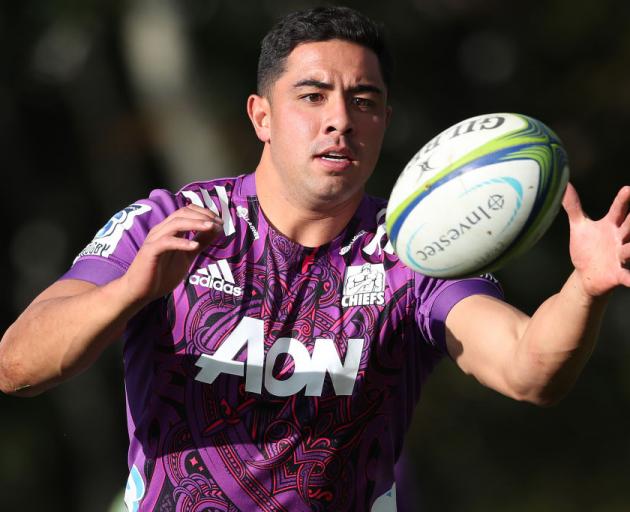 "At the start of my career all those things went through my mind. I spent a lot of time worrying about uncontrollables, but it's just a waste of energy and can really bring you down. I know now that I can only control what I can control and that's turning up to training, having a positive attitude and emptying the tank every time I play."

"As professional rugby players [mental health] it's a huge part of the job.

"Having the mental health to bounce back from non-selection or an injury, and that sort of thing is every day for us, is crucial. We know that if you have a good healthy mind and you're thinking clearly and your emotions are in balance, then that's going to benefit you and the team." 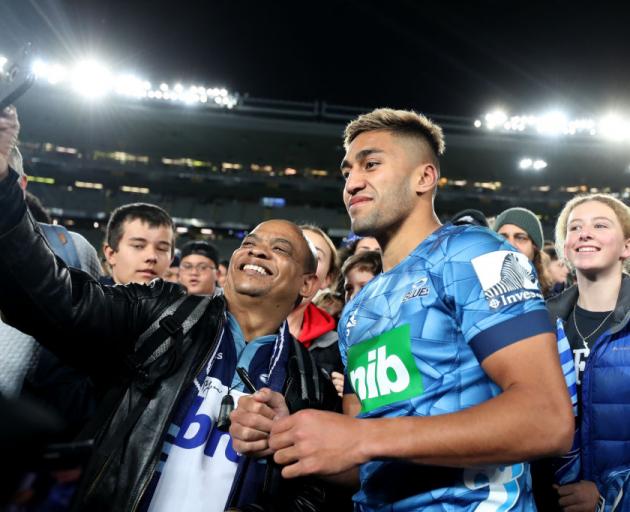 Rieko Ioane. Photo: Getty Images
He said the myth of the strong silent type must be shattered.

"That stigma of having to be a tough guy and bottling your emotions up has become so apparent over the last few years and that has to change.

"Players, I would hope so, are now comfortable enough to talk about their problems and that's got to be a good thing. Mental health is extremely important in our game and our communities."

Lienert-Brown agreed and is encouraging men to open up, be vulnerable, and share the load.

"I've got a circle of people that I really trust. They're the people I can talk to when I'm down and I'm my most vulnerable with them.

"Being able to comfortably express how you feel is really important. That's one thing we struggle with, especially as men in New Zealand. We don't like to talk, it's seen as a weakness if you do, but I see it as a strength."

Growing up on farm near Gisborne, Bridge spent time around plenty of strong men, but he says the country must continue to talk about the mental health of farmers.

"The whole drought situation in Hawkes Bay and other parts of the country. It's tough times for those farmers. Growing up in (Gisborne) on the farm we had plenty of droughts.

"An old school mate of mine, Hugh Renton, has been driving a lot of the awareness and talk around the mental health of farmers. Hopefully this new Super Rugby Aotearoa competition can allow those farmers to go catch up with their mates and have a beer at the pub or whatever, as you can get pretty bloody isolated out on the farm and it get pretty lonely. So just little things like that, getting around people you care about and care about you, can make a big difference."

"A lot of the Island boys in the Blues would look to someone like Tana [Umaga, former All Blacks captain now Blues assistant coach], who has been around and is someone who understands them and they're culture and is someone who they're comfortable with."

Life can be uncomfortable, and Bridge initially struggled after moving to Christchurch to chase his rugby dream.

However, he wasn't afraid to ask for help. If he had been, he might not have become an All Black.

"I was not far from going back home [to Gisborne] because I wasn't really enjoying my time in Christchurch and I wasn't in a good head space. I was at a training for my club, Old Boys, and I was training like rubbish and I was like 'what am I doing here'.

"(I) got on the phone to mum and dad and said 'I'm not really enjoying it down here and said I'm pretty keen to come home'. Mum was like 'right, we'll get you home', but my old man said 'nah, stay there, we'll come and sort you out'.

"They ended up coming down the next week and helped me move into a new flat and just the change of environment and change in the people I was around made life so much easier. It went uphill from there and I started playing some better footy and whatnot and it turned out all right."

The trio are hopeful that with more men willing to talk, New Zealand's suicide statistics might take a turn for the better.