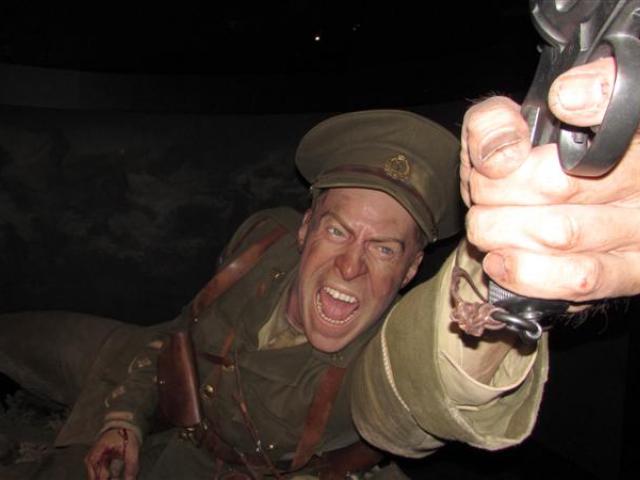 The dramatic realism of Te Papa's latest exhibition is extraordinary and exciting, but then it hits you.

The 100th anniversary of the Gallipoli landings have been marked by unprecedented crowds across Otago today.

More than 10,000 New Zealanders and Australians sat in reverence on the shores of the Gallipoli peninsula today, for the formal ceremony to honour the soldiers who fought and fell there a century ago.

With this month marking the centenary of the Gallipoli campaign - the first major event of World War 1 involving New Zealand soldiers - Anzac Day commemorations will be bigger than ever.

As dawn broke on Anzac Day, blood-red clouds coloured the sky over Otago Harbour, illuminating the path Otago's sons travelled - many to their deaths - more than a century ago.

Central Otago Mayor Tony Lepper says words are inadequate to describe the experience of being part of a 10,500-strong crowd paying their respects at Gallipoli on Anzac Day. His wife Bernice was...

They came in their thousands. Unprecedented numbers turned out in Queenstown on Saturday to mark the 100th anniversary of the Gallipoli landings and remember the fallen.

More than 1000 men, women and children and their dogs attended a special Anzac service in Clyde early on Saturday morning.

The 7am dawn service at the newly-renovated war memorial on the Lake Hawea peninsula attracted more than 600 people.

West Otago residents came out to pay their respects to the fallen at Tapanui, Heriot and Dunrobin services on Saturday.

It rained on the parade to begin 2015 The Anzac Connection in Balclutha, but Clutha-Southland MP Todd Barclay said it did not dampen the spirits.

The 100th anniversary of the Gallipoli landings have been marked by unprecedented crowds across Otago this morning.

They fought for us. They died for us.

New Zealanders gathered around the country to see the first light of the day and remember the people who died in battle while forging the Anzac spirit.

Thousands of people lined the streets of Wellington today for the Anzac Street Parade which weaved its way through the city around lunchtime.

Is New Zealand's identity defined by war experience? The complex question of defining who we are as a nation has perplexed commentators for decades. George Davis, a Dunedin commemorations historian, looks at it from an Anzac Day perspective.