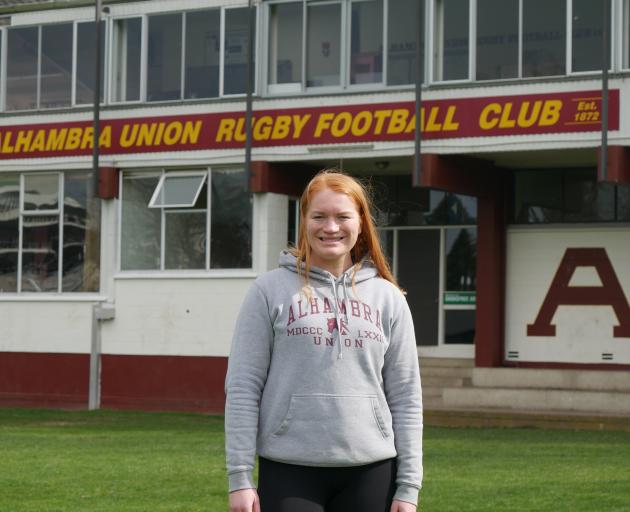 Alhambra-Union Rugby Football Club committee member and player Katie Hensman stands in front of the clubrooms. PHOTO: JESSICA WILSON
A Dunedin rugby club is being upgraded just in time for its 150th anniversary.

Club committee member and player Katie Hensman said the previous renovations were completed in the 1960s.

Males and females shared a bathroom, so the idea was to reconfigure the space to make it a bit more private for players.

They aimed to make it a more pleasant space and, hopefully, attract more female players.

‘‘It’s been a lads’ game for a long time ... but we’re just stoked to be part of that movement into women’s rugby and support that.

‘‘It’s not necessarily the big things that encourage women to play but sometimes it’s little things like making sure they have adequate resources as females and all genders.

‘‘Making that inclusive and pleasant environment can have a flow-on effect.’’

Construction would hopefully start in October, in the off-season.

Recent Covid-19 restrictions had halted things for a few weeks and there was still some consent work to be done with the Dunedin City Council to ‘‘check all those boxes’’.

‘‘We definitely want to try to get it under way and finished before the start of next season.’’

The club was set to celebrate its 150th anniversary next year, so the timing of the upgrade was perfect.

A celebration would be held during Queen’s Birthday Weekend featuring games, guest speakers and auctions.

‘‘[It will be] good for the old players to come back and see that we are still keeping the club alive.

‘‘We just want to give back to our players.’’